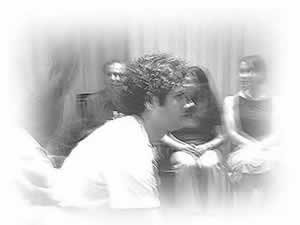 An early Townsman ponders the state of rock discourse.

Rock Town Hall officially opened its doors on November 20, 2002, as a private YahooGroups listserv to enable a bunch of old music friends (and some newer music friends we’d met along the way) the chance to carry on the rock chatter we once had hours of free time to conduct face to face. We’d gotten older, busier, more responsible, and more isolated. We were growing up but not close to grown out of our music-obsessed rock-nerd behaviors. Rock Town Hall was our chance to reconnect and do so in a way that wouldn’t be half as annoying to our mates and non–music obsessed friends when any number of us did get a chance to mingle in the same room. Our first-ever thread on the old listserv kicked off as such:

With the exception of Dirty Work, every Stones album since Goat’s Head Soup or so has been declared by some enthusiastic reviewer as the band’s “best work since Exile on Main Street.” Over the years, this got me thinking: Compared with albums that predated Exile, is that really saying much? I’ve come to believe that that double album’s high ranking hangs largely on a quartet of great songs and the cover shots of the boys swilling Jack Daniels around a microphone.

Our first-ever response, from dbuskirk, kicked off as such:

Re: Exile on Main Street

Nah, let me be among the first to say you’re crazy.

Perfect! I always wanted to be called an “ignorant slut.” Within a couple of months, through the YahooGroups web browser and optional e-mails delivered through the site, it wasn’t unusual to blow through 25 to 50 soap-box proclamations, quips, and counter-arguments between daily work and life demands. Some days my head felt like it was going to explode as another music-lover’s jibes rang for hours longer than should be expected in the head of any halfway “normal” adult. I had to keep a calm exterior. This wasn’t the kind of stuff one could share with a non-music nerd. “Are you kidding me,” they would probably say, “you’re really this worked up over someone’s opinion of a record?” These private battles, though, were essentially fun. People did a good job of policing themselves and not resorting to bullying and crude insults. Usually.

26 Responses to “This Is Your 5th Anniversary, Rock Town Hall Blog!”