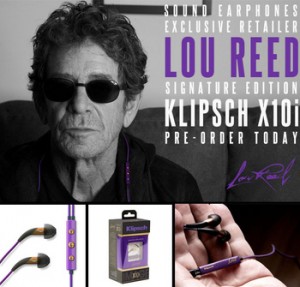 Takin’ it to the Streets

As you may know, headphones aren’t my bag. On Wednesday, December 20, 2006, after 4 years of intense, silly discussion through headphones, I posted a tongue-half-in-cheek questionnaire on the listserv that first served notice of a plan to expand our reach. My old college pal sammymaudlin was a bit of lurker through the years on the YahooGroups, or “Chess,” version of the Hall, as some would soon refer to it. He came to me in the fall of 2006 with a half-baked idea of taking it to the streets, pulling the curtain back on our private chat group and opening the doors to others, even turning our little world into a show. He worked tirelessly to design the platform and Look of the Hall. We kicked things around and received input from some longtime participants. On January 15, 2007, after the site had been posted and test driven for a few days, I posted notice on the listserv:

As some of you know, plans are in motion to expand Rock Town Hall to an independently hosted, public website, or what the kids may refer to as a blog. I feel it’s time to try to take this venture cutting edge. My goal is to continue to build the Rock Town Hall community on the strength of your input and interaction, both in terms of starting daily threads through contributed posts to the main page as well as through the Comments section. There will be a learning curve and a need to register in order to post comments (and help keep spammers out), and not everything will work EXACTLY the same…

Not everything would work the same and not everyone would be happy with the change. My close personal friend and cofounder in the initial Rock Town experience, E. Pluribus Gergely, known as The Accuser on the listserv, was especially put out, posing the doomsday Chess- vs RCA-era Chuck Berry scenario. Along with some nasty public flame wars, EPG and I got into a veiled, highly flammable war of words through the guise of a bizzare thread on the private list entitled Smokefest vs Thai Stick Symposium. At least I think the switch to the blog format was what we were slamming each other over. Surely some other scabs were being picked raw.

In the middle of all this Mwall asked a good set of follow-up questions that may forever lead to an answer in progress:

…is the goal of the blog just to play around as we already do on this list, but in a different, more public forum? Or is it an attempt to consolidate the genuine insight of RTH in a format more conducive to a public presentation of what members of the list truly think they know?

That said, I know the two go hand in hand on this list, and imagine they would also do so on the blog. I’m sure humor would continue to be crucial, and a series of humorous Afghani Smokefest vs. Thai Stick Tea Room throwdowns would be a great feature.

Still, is the main goal of the blog to tell the public what we know, or just to fuck around? I’m not insisting on one or the other, but I’d like to know.

Show of hands: who on this list thinks they have something real to contribute to rock criticism, and who would just prefer to be a fanboy?

26 Responses to “This Is Your 5th Anniversary, Rock Town Hall Blog!”