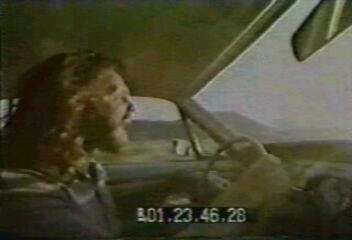 This past Friday night I got to see most of the new Tom DiCillo documentary on The Doors, When You’re Strange. I say “most” because the DVD being used to project this film in Philadelphia’s cool, hip outdoor Piazza at Schmidt‘s condo gathering space crapped out twice for long stretches. It was a pretty cold and windy night, and after the second run of technical difficulties, with just the fat, bearded period of Jim Morrison and The Doors’ life left to tell, my son and I felt like we’d had enough of a great night out, talking music and life and all that good stuff. We listened to – and talked about – Pink Floyd and Yes on the ride home. It was a beautiful time, man, and although I regret not seeing my favorite period of The Doors covered, we’d gotten more than our money’s worth.

73_tbkXXYRs]
Despite some reviews I’d read prior to seeing the When You’re Strange, I thought it kept the shamanistic Morrison mumbo-jumbo in check, allowed for an appreciation of the band as musicians, held Morrison’s feet to the fire for screwing up a good thing with his excesses, and – as some others have regretted – actually benefitted from not including interviews with the surviving band members and other talking heads. As for the latter, the ubiquitous Thurston Moore or Flea – or Pete Townshend or Iggy Pop, for that matter – wouldn’t have added anything. As for the band members, it may have been cool to hear from a modern-day Robbie Krieger or John Densmore, but the last thing the world needs is one more interview with Ray Manzarek at a keyboard, with his frosted hair, telling the story of meeting Jim on the beach. I preferred hearing the understated voice of Johnny Depp recount the band’s story. If ever there was a band for which the music and the images should tell the story it was The Doors.

The best device in the movie was DiCillo’s use of scenes from Morrison’s uncompleted film HWY. Scenes of our bearded, tie-dye-wearing, stoned, loner hero, driving through the desert in some cool-model ’60s Ford were woven through the documentary. These scenes didn’t really say a lot or tell you much about Morrison that you couldn’t have guessed from any of his recorded rebel yells on songs like “L.A. Woman,” but they did a better job of expressing what many of the hokiest scenes in Oliver Stone’s The Doors worked too hard to justify.

From the period of the band’s commercially and critically triumphant Strange Days album, as Morrison’s drinking and drugging threaten the band’s once-tight unity, Depp reads a quote in which Jimbo bemoans that fact that “I have the ear of my generation but nothing to say,” or something to the effect. The Morrison of When You’re Strange comes off like a classic Los Angeles Lost Boy, more like Dick Rude‘s character in Repo Man or Darby Crash than the psychedelic godhead he’s too often portrayed and perceived as being. Similarly, the other members of The Doors come off more like caring, creative comrades and less like Jim’s apostles. Hey, maybe some folks need a psychedelic godhead to make life tolerable, but I preferred getting to see Jim Morrison and The Doors life sized.

Finally, seeing the film with my young, teenage son – and hearing his impressions of the band and those times – was priceless. Getting to see rock docs and talk rock smack with him and my younger son is part of the stuff I dreamed of when my wife and I decided to start a family. The kid’s got a great ear for music and an understanding of what may be at the root of our relationship to music. Someday he’ll fit in with us just fine and tell you how he really feels, provided he doesn’t find better ways to pass his idle hours.

5 Responses to “When You’re a Little Strange”