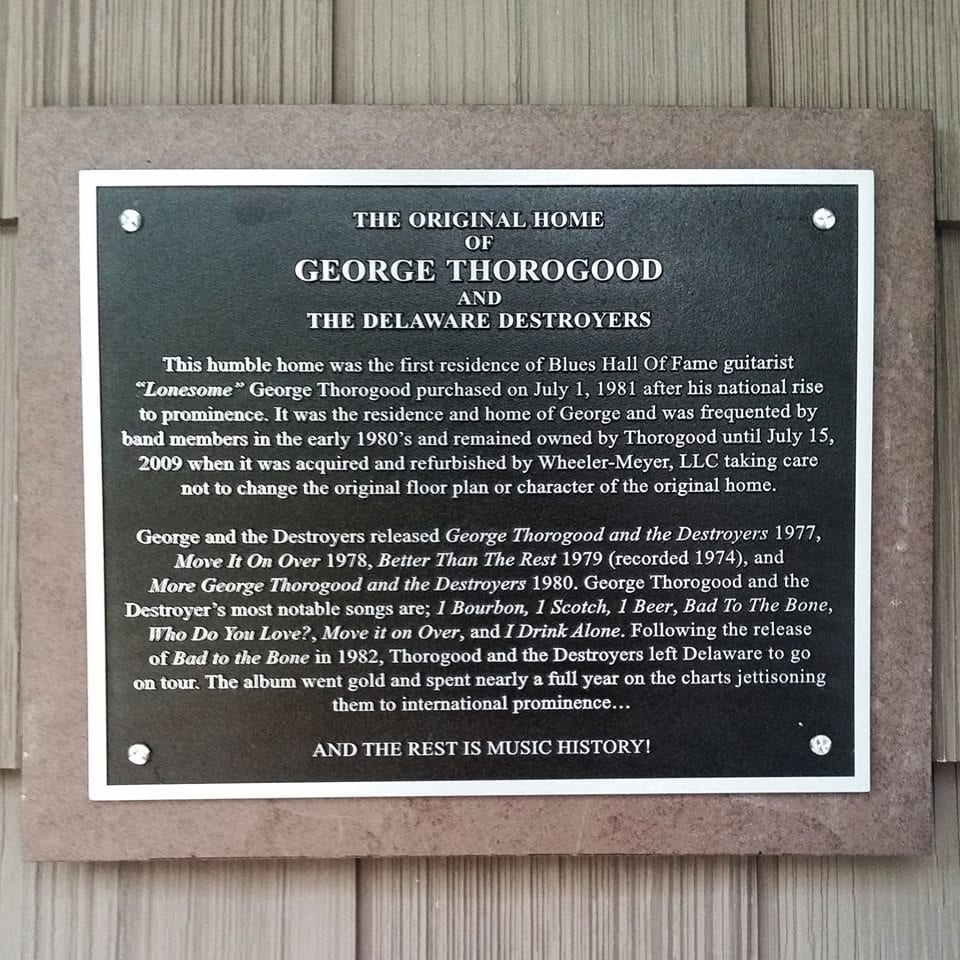 The House That George Bought.

Here’s your chance to live in the Newark, Delaware house that George Thorogood once owned and drank—alone—in!

On its face, this home looks like your standard single suburban home. Three bedrooms, a sizeable (0.60 acre) lot and a couple of baths.

The 1,500-plus square-foot property has been fully renovated, including a gourmet kitchen with radiant heat flooring and all new appliances.

But there is a large, blue sign just out front of the driveway gate that reminds potential buyers that this place is unlike many other Newark, Delaware homes on the market. It announces the former owner-occupant: one George Thorogood (he of the Destoyers and “Bad to the Bone” fame).

“This humble home was the first residence of Blues Hall of Fame guitarist ‘Lonesome’ George Thorogood purchased on July 1, 1981 after his national rise to prominence,” the sign reads.