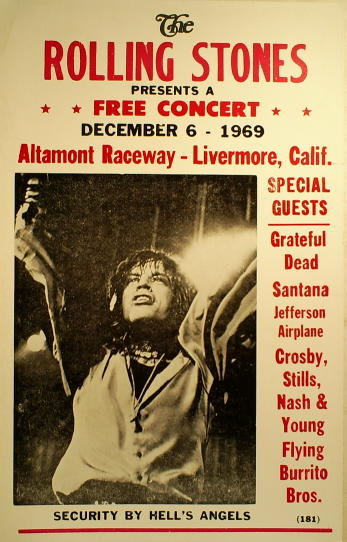 In a recent Dugout Chatter question regarding The Rolling Stones‘ “Emotional Rescue” and “Start Me Up,” Townsman bostonhistorian countered a cop-out charge by quickly cementing his place as Mr. Moderator’s Newest Hero. Although Mr. Mod is well aware that this is may not be a title to which many Townspeople aspire, he felt the rock ‘n roll record needed to acknowledge bostonhistorian’s complete dismissal of the Stones’ post 1970 career with a posting of his full opinion on The Main Stage. This dramatic turn of events can be  traced beginning here. The astounding final blow of bostonhistorian’s defense follows:

For real. They should have packed it up after Altamont and the release of Let It Bleed, which both happened in December of 1969. Think about this: what if the last thing anyone ever heard out of the Rolling Stones was “You Can’t Always Get What You Want”, and then think about the self-parody which follows. Does anything after Let It Bleed add to their reputation, or diminish it? There’s nothing on Exile as good as the best songs off Let It Bleed, and Let It Bleed also had a tiny bit of cultural relevance. After that, it’s a haze of drugs and navel gazing. I’ve gone on the record as characterizing Mick’s vocals on Exile as Amos and Andy-like, and I find the whole album turgid. Of course Mick and Keith could still write songs, but to what end?

“I admire not only the panache of bostonhistorian’s definitive stance on the subject,” said Mr. Moderator, while departing his colonial home for a drive into the office this morning, “but its moral underpinnings.”

Mr. Moderator went on to add that although he feels the Stones produced another half dozen highly worthy songs following Altamont, including a few from the band’s years matched up against prime Rod Stewart and perhaps his second-favorite Rolling Stones song, “Beast of Burden,” he fully backs the spirit of bostonhistorian’s opinion and is “admittedly deeply envious” of his staking out this position first.