This LMS invites you to submit rock songs by rock bands /musicians that directly reference other rock band members / rock musicians by name. This being the ROCK town hall, I am specifically including the aforementioned requirements. More specifically:

Here’s my starter submission to kick things off:

The Smithereens’ “Behind The Wall Of Sleep”:

One mention at a time, please!

I was streaming some Fleetwood Mac this weekend, and taking a look at ther back catalog on Tidal — and came across this weird 1995 record Time—with Dave Mason! His song “Blow By Blow” is above.

I guess Mick Fleetwood thought he could assemble another “new” Fleetwood Mac for the mid-’90s like he did in the mid-’70s, but after listening to this, I will never complain about Mirage again!

What weirdo records have you come across lately?

An honest-to-goodness All-Star Jam! See, we’re not dead yet; we were only sleeping.

Few personalities — particularly as one as protean and occasionally as brilliant as Reed’s — can be summed up in two syllables. But if you were to do a word cloud of memories of Reed in the various volumes that have been published on his life, the word asshole would turn up in surprisingly large type.

Maybe you’ve heard of this Lou Reed character? This article is worth a read, even if you think you’ve heard it all before. (And you probably have.)

One aspect of many of even Reed’s classic-era albums that doesn’t get talked about enough is the sonic inconsistency. It’s a subtle thing, but most decent rock albums have a sonic palette that forms the core of the work. It’s not that every song must be orchestrated identically, but a good album will generally sound like it was recorded a certain way in a certain universe. Reed’s own lack of sophistication and the B-level producers he used over most of his career combined to make many of his records sound internally random, and jarring. And even fans can point to few nuanced compositions to make the search worthwhile. Along the way he sold “Walk on the Wild Side” for a TV commercial for the Honda’s short-lived line of scooters; Reed appeared at the end of it, to say, “Hey — don’t settle for walkin’!”

Is this the last post to grace this venerable blog? Who knows? But right now it is! LMS! Hand over the belt, mother scratchers!!! 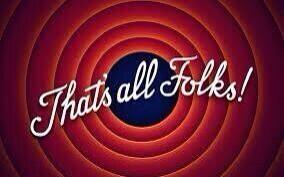 I do—I especially like it when it’s a surprise. A single Courtney Barnett released earlier this year has nice little snippet at about 1:28 in this funny little song about ramen noodles.

Now this is not an epic solo, like Dylan or Neil or even The Hollies pull off —  just a nice little interlude. It reminds of the Replacements throwing in a little harmonica at about 2:12 on “Achin’ To Be.” Just enough, not too much.

So, my burning question: What song contains your favorite harmonica solo?

As I browse through the listings on dimeadozen, I often chuckle at the names of heavy metal bands. “This can’t be real?!?!”

Here is a simple quiz. There are 12 band names. Some are real, that is, they are taken from dimeadozen listings, which are in the Heavy Metal category; others are names I made up. Your challenge is to identify which are real and which are the result of me having too much time on my hands. No cheating, no researching; all you can do is look at the list.