[The following piece is copied from Financial Times, where “High quality global journalism requires investment,” and where our encouragement to “share this article with others using the link below” only leads to a page requiring readers to subscribe, that is, invest in FT. At the risk of bringing their legal team down on little old us, here’s what Links Linkerson wanted to share with us. – Mr Moderator.] 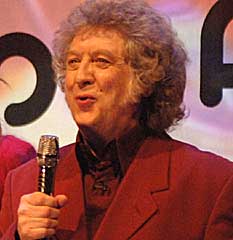 UK vinyl sales at highest level in a decade

UK vinyl sales have doubled this year to hit their highest level in a decade, thanks to surging demand from music lovers for LPs by artists such as Daft Punk and the Arctic Monkeys.

Some 550,000 LPs have already been sold this year – more than in each full year since 2003 – according to data published by the BPI, which represents British recorded music businesses.

With new records from Arcade Fire and Pearl Jam due to be released in the run-up to Christmas, the BPI estimates that more than 700,000 LPs worth a total of £12m could be sold by the end of the year, the most since 2001.

“We’re witnessing a renaissance for records,” said Geoff Taylor, BPI head. “They’re no longer retromania and are becoming the format of choice for more and more music fans.”

Vinyl remains a niche part of the music industry and is dwarfed by CD sales. LPs account for 0.8 per cent of all albums sold in the UK, although as recently as 2007 its share was just 0.1 per cent.

Albeit from a small base, the resurgence in vinyl sales is evidence of the resilience of consumer demand for high-quality music products. Vinyl devotees are attracted to the rich, natural sound of analogue records as well as the accompanying 12-inch artwork and liner notes.

The latest trend in the record industry is for LPs to be accompanied by a download code for mp3s, giving consumers the best of both analogue and digital.

Long the preserve of hip-hop and dance music DJs, the latest crop of vinyl buyers have diverse tastes in music from pop to heavy metal. The best selling LP so far this year is Random Access Memories by Daft Punk, followed by AM from the Arctic Monkeys and The Next Day by David Bowie.

In a poll of 1,700 vinyl buyers conducted by the BPI, almost nine in 10 respondents said vinyl was their favourite music format. For almost half of them vinyl accounted for the bulk of their music spend.

In a result that suggests vinyl’s appeal is about more than just listening to music, almost 4 per cent of respondents said that they bought vinyl despite not owning a turntable.

The poll found that vinyl was appealing to all age groups, with just over a third aged under 35. Just under half of respondents were married, and men made up the vast majority of the self-selecting sample.

3 Responses to “For Old-times’ Sake”