Ah, The Beach Boys‘—or should I say Brian Wilson‘s—aborted Smile…the stuff on which Rock Town Hill was constructed!

I’ve called bullshit on this album since first hearing a bootleg copy that my close personal friend E. Pluribus Gergely dropped an outrageous sum on circa 1989. He’ll be better able to tell you the details on this mail-order purchase, but EPG is, shall we say, an extremely thrifty man by nature. Only a presumed gift from the rock gods can get this guy to pony up more than $2 for a record, and in the days before easy digital downloads of unreleased material the rock gods did not offer many presumed gifts of this magnitude.

I’d already owned and felt extremely dissatisfied with The Beach Boys’ “consolation” album, Smiley Smile, for a good 8 years. It was one of those albums that no amount of drugs could redeem for me. Now and then I could impress a friend by sequencing a mercifully short song like “Vegetables” or “Gettin’ Hungry” alongside a “poppy” song by The Residents, but otherwise the album was useless outside of the masterful “Good Vibrations,” which any rock fan should have already owned and loved. Gergs warned me that, based on his initial spins of the Smile bootleg that it would be disappointing, but I had some hope. I’d always been more capable of appreciating “experimental” music than my heavily formalist friend. We listened to the bootleg release and damn if it wasn’t as bad as Smiley Smile, maybe worse.

To this day someone will tell me that there’s no way I could pass judgement on the album, that the song segments had not been properly sequenced; that the lack of quality control on any bootleg, especially this one, had to be taken into account; that Leonard Berstein would have loved it had it ever been finished; etc. I’m not buying it. If the disjointed, forced, chromatic and boogie woogie melodies of “Heroes and Villains” are any indication of the highest aspirations of Brian Wilson’s work during this period I’m not buying it. I’m also not buying the “finished” version that Wilson’s latest band of puppeteers completed or the supposedly-to-be-released original version that the man’s original crypt keepers have finally seen fit to cash in on release.

I’ve steered clear of Smile for years because the subject gives me so much agita, but yesterday I broke down and watched an “unmaking of” documentary, Beautiful Dreamer: Brian Wilson and the Story of Smile. Have you ever seen this thing? The cast of enablers who participated in this thing is astounding, and even more astounding is that not a single Beach Boy’s perspective was included other than quotes from the time of the anticipation of the album’s release. As Van Dyke Parks and Wilson’s other crew of enablers from that period and then go-to contemporaries and “rock experts” like Elvis Costello, George Martin, and Jimmy Webb spoke unconvincingly about the brilliance of this unfinished album I got myself worked into such a lather that I had to hit the PAUSE button and call Plurbie. I’m still upset by what I watched last night, and I’m still questioning the two elephants in the room that were left unexamined:

As the story went on and the touring members of the band came back from the road to hear what Wilson and his studio cats had been putting together initial feedback from the actual Beach Boys, as you know, was not that positive. Despite some horseshit quote from Dennis Wilson that the album was better than god—on acid, or whatever, all accounts are that the guys who would have to go on the road and sing that nonsense to actual humans thought the album was awkward and not in keeping with the band’s sound. The makers of this documentary and Wilson’s enablers, of course, to a man interpret these reactions as his simpleton bandmates being unable to understand their genius leader.

Maybe, like me, some of his bandmates could appreciate the “degree of difficulty” of those Smile arrangements but didn’t feel they added up to anything that musical or enjoyable or emotional. Maybe, like me, some of his bandmates simply felt that Brian was engaged in some thumb-sucking or dick-waving musical exercises that might eventually lead to something more coherent, if he’d take a step back and chase the enablers out of the studio for a week.

These possible points of view were never explored by the makers of this documentary. Instead they had to wheel out the age-old MIKE LOVE IS AN ASSHOLE angle, portraying big, bad Mike, the uncle of a fierce, rising NBA star, as a big bully for practically pinning Boy Wonder Van Dyke Parks against a wall to ask him to explain the “columnated ruins domino” line in “Surf’s Up.” Why shouldn’t a guy who’s being asked to sing that nonsense get an explanation from the lyricist? Why should the effective-if-limited nominal frontman of a wildly popular band need to buy into his “genius” partner’s every whim? Sorry, I’m getting mad thinking about all this stuff again.

In my opinon 2 heroes emerge from this documentary:

I ask you to find it in your heart of hearts to give thanks, if only this one time (I know you don’t all hold the man’s work on “Get Around” in the highest regard and share my view that “Kokomo” is “not bad” compared to most of the band’s post-Pet Sounds output), to Mike Love. 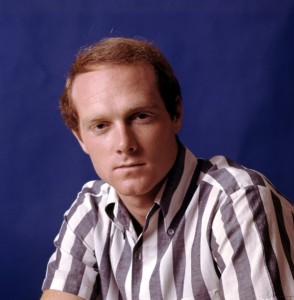 37 Responses to “Heroes and Villains: An Unlikely Hero Emerges From the Smile Saga”