This cool interview mrclean sent me a few weeks ago with Pere Ubu synthesists Allen Ravenstine and Robert Wheeler reminded me of something that’s missing from the pile of musical stuff I’ve collected in my garage studio over the years: an analog EML modular synthesizer. Although I’m sure I would never figure out how to use one properly, if I could even figure out how to set it up, I want one.

It’s not the footage I’ve long sought from the early ’80s Glenn Branca show I saw at Drexel University, but this is more or less how I remember seeing him from the front row with my friend Townsman Sethro, surrounded by a lot of older folks who showed up because Branca was part of some classical music package they’d bought. That crowd left early on, with fingers blocking their ears. Now I’m the old guy who occasionally shows up for the show that wasn’t really meant for me.

NEWS FLASH!!! An actual Allen Ravenstine-Scott Krauss-Tony Maimone–era Pere Ubu video other than “Birdies” from Urgh! A Music War has been found on YouTube! Enjoy this performance of “On the Surface” from my favorite October day album, Dub Housing, before the fog lifts. I believe David Thomas is highly protective of the band’s appearances on YouTube.

As a special bonus, this performance is from the band’s 1988 reunion tour, featuring second drummer Chris Cutler. In my frequent searches for video evidence of the many great shows I’ve witnessed by this band beginning with this particular tour, I have had trouble finding anything involving these key members other than the excellent performance of “Birdies,” with a boyishly trimmer-than-usual Thomas looking like a plump Liev Schrieber. Usually, all I find is stuff from their appearances on David Letterman and David Sandborn‘s Night Music, a couple of years later, when they tried cleaning up their sound and core members began moving on. That stuff’s not as exhilarating, although shows I saw during those years were strong.

UPDATED: HERE’S ANOTHER PERFORMANCE FROM THAT TOUR!

Please explain: Where’s this clip been all my years of poking around YouTube for holy grails, and what version of Pink Floyd is this anyhow?

I know these questions may expose me as a real rock dummy, but I’ve never seen this before. There’s at least one Syd Barrett-era song, but I don’t know that I’ve ever seen a coherent live performance by Barrett or the early Barrett-less Floyd playing anything but their proto-space jams. That’s not Barrett on guitar is it, but rather David Gilmour with Syd hair? Maybe what I’m actually getting at at is that I never knew Gilmour wore his hair that way.

Oh, life in the Halls would be so much easier if only our old friend tonyola resurfaced! Here’s looking at you, kid. 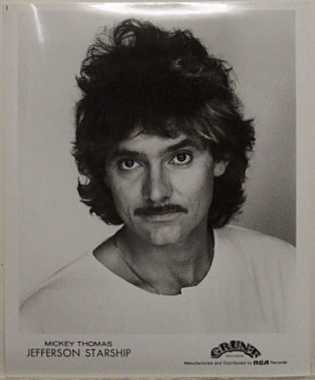 …not exactly my cup of tea, musically. – Mickey Thomas, on the Jefferson Starship’s mid-’70s output.

Here’s a story that needed to be told: living legend Mickey Thomas discusses his move from the Elvin Bishop Band to Jefferson Starship. I can’t tell you, when I’m out and about and run into fellow Townspeople, how frequently the band’s late-’70s rebirth comes up in discussion. “Can you believe they bounced back with a smash hit like ‘Jane’?” someone might ask. Or, “What forces do you think came together to reboot the Starship? It’s a topic that’s completely overlooked in rock history books.” Well, this interview may provide the answers you’ve been seeking.

…The more I didn’t want to do it, the more they wanted me. – Mickey Thomas, on his initial indecision about joining the band.

I’ve been searching the Internet for the opening to the old Canadian syndicated video show of my high school years, Rock World, for as long as I’ve had access to surfing the Web. Finally, I have found it. This one goes out to the Class of ’81, especially my bandmates and close personal friends, Townsmen andyr, chickenfrank, and sethro. Hold onto your britches when this clip reaches the 45-second mark!