Ray has a reputation as a very private man. On the other hand, in recent years he seems to have spent a lot of time in autobiographical pursuits (in interviews, X-Ray, 20th Century Man/Storytellers, etc.). How do you explain the contradiction?

As I say in the book, the thing with Ray is that he conceals as he reveals. In X-Ray, for instance, he uses three different voices which I find really effective but which has frustrated many readers who just wanted a straightforward statement of facts. Additionally, he ends the book in the early 1970s with really no promise of a second volume. Dave’s Kink is much more straightforward and typical of autobiographies.

As I also say in the book, Ray’s favorite subject is himself. He is forever searching and trying to figure out who he is. I think that he both fascinates and confuses himself. He also enjoys keeping his audience off balance, so he’ll only reveal so much. The song “Imaginary Man” on the new album is key to this idea. He tells the audience that he is imaginary since we project so much on to him, so much that isn’t really there. But he also sings of self-confusion and being imaginary even to himself: “I knew the face but could not tell / Why I couldn’t recognize myself.” He did the song as part of his encore at a couple of recent shows and I found it very effective.

Of course, most of the autobiography he’s talking about is long ago, pre-1970. He’s not talking about divorces or other sensitive matters.

That’s true. Ray will only discuss what he wants.

Although you allude at various points in the book to songs on UK Jive and Phobia, when you get to the end of the book you hardly mention their release. Were you just out of space, or do you think it’s best that even Kinks fans just ignore those two?

First, I don’t think Kinks fans — by which I mean those of us who take the band’s work, all of the band’s work, very seriously — should ignore anything they’ve done. One thing about Ray and the Kinks that I say repeatedly is that even when not at their best, they are at the very least interesting. With that said, I don’t consider UK Jive one of their better efforts. In fact, it might be my least favorite Kinks album. On the other hand, I happen to like Phobia. There are a number of really good songs, “Wall of Fire,” “Drift Away,” “Still Searching,” “Don’t Look Down,” and “Scattered,” among them. The album suffers probably in the production and its length. It’s too long. … Rather than say I ran out of space, I would say that I chose to use the space differently. The contract stipulated a 125,000 word limit. If I remember correctly I came within 20 words of that number.

The book stops before the release of Working Man’s Café. I think it’s even better than Ray’s first solo album, Other People’s Lives. What do you think? Is he on a roll?

I think both albums are very good, but at this point I prefer Other People’s Lives. I think it’s a more unified album. But I have spent more time with that album, so that might account for my preference. By the way, I think “Over My Head” is a great Davies song. I like Working Man’s Café and it continues to grow on me, so I could change my preference in time. In his recent tour I thought Ray performed some of the songs from WMC really well. “Imaginary Man” was an especially moving consideration of the artist-fans relationship. He performed most of the album but I was a little surprised that he omitted two really strong numbers, “You’re Asking Me” and “Morphine Song.” I saw two of the performances, Philadelphia and New York, and I would say that these were two of his finest shows in recent years. Very Kinks like. There were plenty of “Wey-O’s,” paper plates, and even a spray of beer. To answer your question very directly: I think Ray is definitely on a roll.

Do you think the on-again/off-again Kinks reunion will ever happen?

I don’t know why, but I think it will eventually happen. I’m not sure that it will be the original line-up, but it might. Ray wants it to happen and I think Dave will come around, presuming he’s healthy enough. Ray said that he wants the band to record new music and then tour. I think the opposite might work better. That is, a few gigs and then go into the studio. They did that just prior to recording Think Visual. They had a creative block and they were afraid that they were through. They did a two-week tour of Spain and were re-energized. 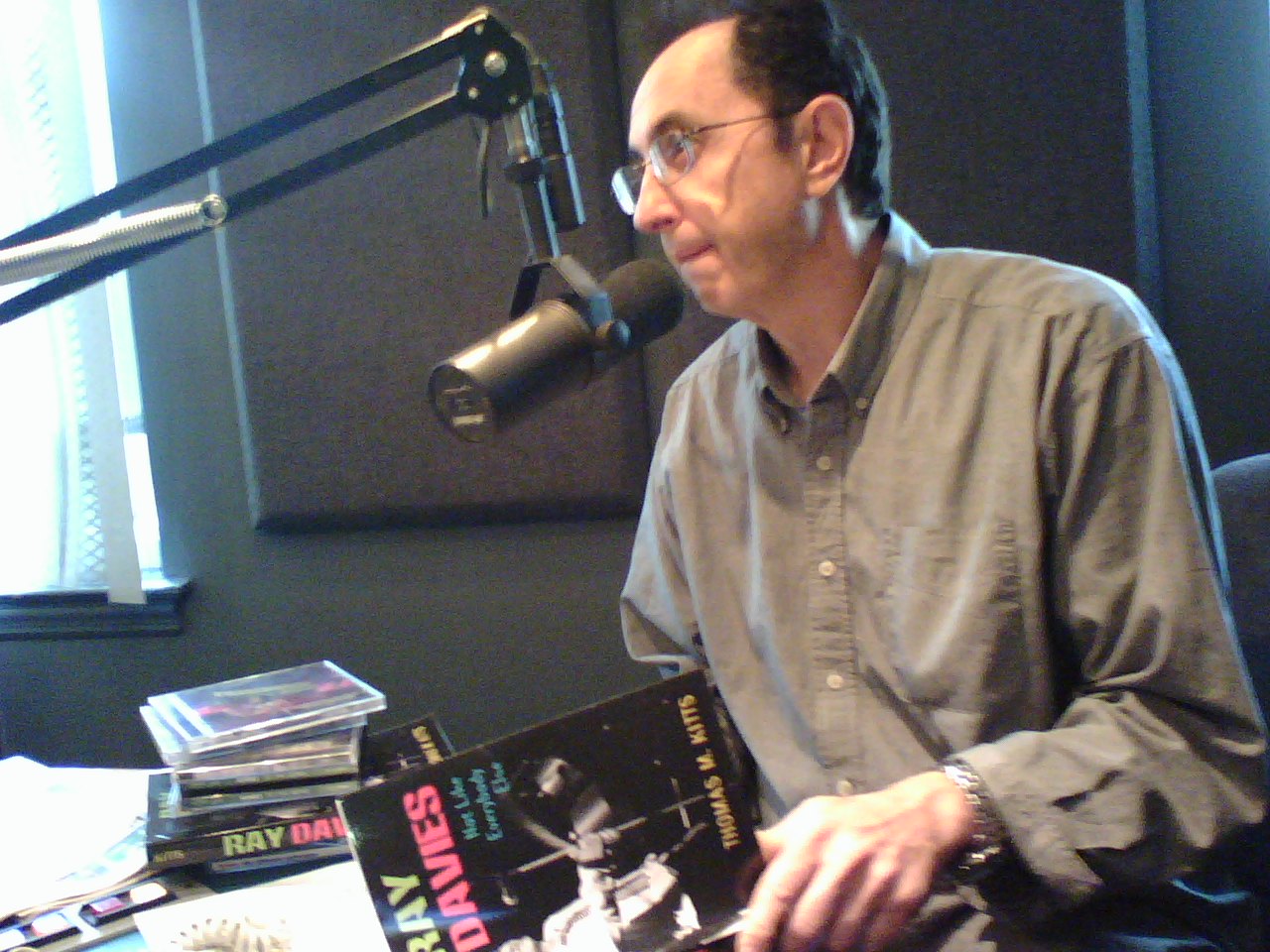 Are you ready now to move on to other areas of research, or do you still have more work to do on the Kinks?

I’m not sure that there is much more I can say about the Kinks. So I’ll reluctantly have to move on. I’m working on an article now about the Romantic impulse in 1960s rock for a collection of essays. I would also like to do something on the New York Dolls and David Johansen, but I’m not sure what form that would take. Johansen has had a fascinating career. I might also try another long focused study on another songwriter, someone like John Fogerty or Brian Wilson. We’ll see what develops.

As usual we end our interview by throwing high and inside, firing snap judgments, unreasonable dilemmas, and idle speculations at our fellow music nerd designated hitter. Here we present a special Kompletely Kinks version of Dugout Chatter:

7 Responses to “Interview: Tom Kitts, Ray Davies: Not Like Everybody Else”