Believe us, we care what the groundbreaking popular vote said regarding a poll that resulted from an analysis and discussion to determine – once and for all – The Sexiest Man in Prog-Rock. We care what the humble subject at the root of this heretofore-unexamined topic ultimately may have felt about all the attention he received. We cherish the new friends we’ve made in the last couple of weeks, and we welcome you to our daily gatherings and passionate discussions of rock-related topics, both serious and inane. We’re not sure how the other finalists in our quest to determine – once and for all – The Sexiest Man in Prog-Rock may have felt, but among those we attempted to contact, only go-to bassist/vocalist of the Progressive and Art Rock scene (Asia, King Crimson, Roxy Music, UK, Family, and many more) John Wetton responded to the ardent support of his fan base, summing up the consideration for this honor as follows:

“I’m delighted to be deemed a cute pig in the litter.”

We should all feel delighted to have finally established for all the world’s rock snobs, who have long considered prog-rock the sole domain of stoners and Dungeons & Dragons dudes, that the ladies dig prog-rockers on their own terms, including reasons as earthy as the music may be cerebral or ethereal. Just as cool, a number of Townsmen, regardless of their sexual preferences, felt comfortable discussing the importance of prog-rock bands containing a couple of good-looking guys to pull off those 17/8 time signatures. That’s what I call progressive rock music discussion! Most of all, however, we should feel delighted at the announcement that John Wetton has graciously agreed to subject himself to a Rock Town Hall Interview! 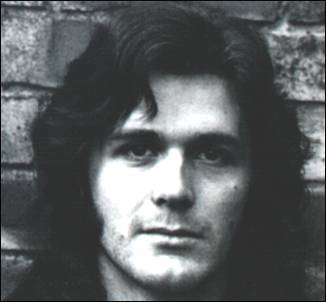 The interview will cover John’s unique career and, hopefully, stimulate thought and discussion about the inner workings of some of the most-distinctive bands of the 1970s, the difference between “Prog Rock” and “Art Rock,” and the possible threat posed by Punk and New Wave bands. John also gives us a few additional seconds to answer the hard-hitting, rapid-fire questions of Rock Town Hall’s patented Dugout Chatter.

Thanks, John, and congratulations to leading popular vote-getter Carl Palmer and other runners-up Greg Lake, Keith Emerson (yes, the band should have been named PLE!), Chris Squire, and David Gilmour! Finally, thanks to the loyal and enthusiastic followers of one of rock’s most ambitious music scenes for making this silly notion turn into something of lasting value!

14 Responses to “Once and For All: John Wetton Is…Coming to Rock Town Hall!”