In a recent post by eminent Townsperson funoka, we were asked what albums we initially hated but learned to love. A neat idea and one that just begs for the reverse – albums that you once loved but no longer tickle your fancy. We all have at least one that fits the case. In my case, it would have to be Pink Floyd‘s Dark Side of the Moon.

I remember the first time I heard DSOTM. It was early 1973 and I was a freshman in college. I was sitting in a dorm room with a friend and we were both cruising along nicely on magic psilocybin mushrooms (absolutely vile tasting but brain-twisting too). A mutual acquaintance rushes in brandishing a black album with a curious prism-diffracting-light design—the clear plastic was still on the cardboard sleeve. We slap the brand new record on the stereo and I slipped on a pair of headphones while my friends listened via the speakers. Having been transported beyond infinity as “On The Run”‘s synthesizers burbled along, I nearly went out the window when the alarm clocks hit. Surviving that moment of mental shock, I fell in love with the album and bought it for myself the next day.

Since then, I must have heard DSOTM seemingly thousands of times on turntables, in CD players, via MP3 files, and over the airwaves. I have “reference” copies in both CD and digitized form in my music collection. By now I know every nuance, every ka-ching sound, every bit of mad laughter, and every note. It’s been quite a few years since I voluntarily put it on. Frankly, I don’t care if I ever hear it again. It remains a great album but I’ve become hopelessly bored with it. I still listen to other Pink Floyd albums on occasion but DSOTM seems to have dropped off my playlist forever.

So there you have it—my tale of a once-great musical love descending into ennui and indifference. Now it’s your turn. What album that you once loved have you become bored with? 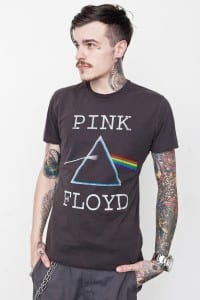 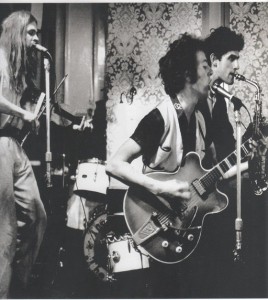 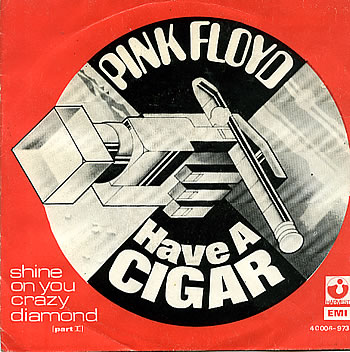 Just yesterday I was ranting about the Pompous Rock March of “Eminence Front,” and I made reference to another song I find especially hectoring and unpleasing, Pink Floyd‘s “Have a Cigar.” That song, like a lot of Pink Floyd song, is the aural equivalent, for me, of the rare times I feel nauseous. “What enjoyment do people get out of feeling nauseous?” I ask myself whenever it comes on the radio.

Driving home from a great dinner out with my wife and friends last night the radio punished me with a double-shot of Hectoring Rock Marches: Tom Petty‘s interminable”You Got Lucky” followed by, you guessed it, “Have a Cigar”! I, in turn, punished my wife by complaining through the entire Tom Petty song and the intro of the Floyd song, at which point she called bullshit on me.

“Can you ever shut up through a song?” she snapped at me. “If you like it, I have to hear you point out all the little parts you think are cool, making it impossible for me to hear the song itself. If you don’t like it, I get this.” She drove it home with this crushing aside: “For 22 years…”

I told her I was turning over a new page immediately, and quickly thought to myself how fortunate I am to have you as an outlet.

As the New Me quietly let “Have a Cigar” play—because to change the station on a song that my wife likes less than I do (and doesn’t even get joy in criticizing) would still be tantamount to yet another editorial from me—I started wondering what the point was of being in Pink Floyd after Syd Barrett left and they developed their classic sound. Was there any joy in membership in Pink Floyd? Do they ever sound like they’re having a laugh while playing a song? Do you imagine them sharing inside jokes over pizza during recording breaks? Did they ever high-five each other over a well-played part or performance? Did anyone but Roger Waters even care when the pig took flight?

One of the things I love most about music and about playing in a band is the camaraderie, the communal vibe, the knowing glances. I will grant there are some cool things in even the most nauseating Pink Floyd songs, but they rarely if ever give off the sense that they’re brothers in arms, or whatever corny term might apply. It’s as if they are drab office or factory workers being recorded without their knowledge or regard.

In some ways it’s admirable that they were so dedicated to their craft, so ascetic that they did not allow themselves to whistle while they worked. In many ways, however, I will never relate.

Please explain: Where’s this clip been all my years of poking around YouTube for holy grails, and what version of Pink Floyd is this anyhow?

I know these questions may expose me as a real rock dummy, but I’ve never seen this before. There’s at least one Syd Barrett-era song, but I don’t know that I’ve ever seen a coherent live performance by Barrett or the early Barrett-less Floyd playing anything but their proto-space jams. That’s not Barrett on guitar is it, but rather David Gilmour with Syd hair? Maybe what I’m actually getting at at is that I never knew Gilmour wore his hair that way.

Oh, life in the Halls would be so much easier if only our old friend tonyola resurfaced! Here’s looking at you, kid.

What are you listening to these days? While we may be inundated by suggestions for beach reading, grilling recipes, and refreshing beverages, I’d like to hear more about what you all are listening to during the heat wave, your holidays, your longer daylight hours. It’s the summer and for me it means more time to explore bands I’ve been meaning to catch up on or learn more about. So here are 2 that I’m totally addicted to these days:

Mr. Royale has been sneaking tracks from this Brooklyn 4-piece onto music mixes he’s been making for me, but it was this track that really turned things around and made me join the cult:

This is 8:06 of The Power and Glory of Rock! We start with some Neil Young “Southern Man”-style guitar, and move into a psychedelic guitar lead that winningly reminds me of one of my favorite covers, Camper Van Beethoven’s version of Pink Floyd’s “Interstellar Overdrive.” Two minutes in, the beat picks up but then is followed by a teasing lull. However, the volume kicks back up and at 5:18, The Men are in full swing and even add cowbell! I’m imagining the group of them head banging in tandem and this continues with some extra psychedelic guitar noodling thrown in for good measure. This music IS everything and the kitchen sink!

Whereas The Men are very overt with their influences, my other music addiction these days could be described as True Originals:

END_OF_DOCUMENT_TOKEN_TO_BE_REPLACED

The time has come to reveal our first-ever super-deluxe double-your-trouble Mystery Date. Mystery Date #1 brought to mind for many Townspeople Love‘s Forever Changes album, but not executed as well. (To my ears, as someone who thinks that Love album mostly blows, lack of execution was helpful.) Mystery Date #2 drove most Townspeople batty. Too bad dbuskirk hasn’t been around to help explain this part of the big reveal…after the jump!