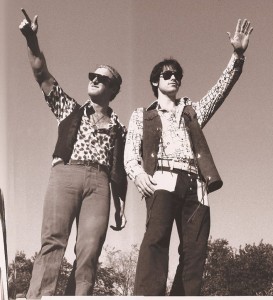 NEITHER musician is the “pretty boy wuss” in question, but hot damn they are pretty…

I believe I’m asking the right crowd, given the strong opinions in this forum: Do you ever felt conflicted about particular music you like because it’s impossible to enjoy it without complicated personal involvement?

There’s an up-and-coming indie band currently enjoying their moment in the SXSW spotlight. They’re derivative, but they appeal to my Cure/Cocteau Twins side, and I found myself whistling one of their songs this morning. I told Ladymiss Jade, “I like them, but I feel so conflicted because I hated that kid!” She smartly suggested that I launch this little op-ed concern.

Do you ever felt conflicted about particular music you like because it’s impossible to enjoy it without complicated personal involvement?

I won’t mention the band, out of respect, but though I enjoy their music today, I had their leader as a student. He was a pretty boy wuss. It drove me crazy, because I was always trying to support him to stand up for himself and fight back, but he’d just collapse in whining resignation. A pansy whose mom did all his fighting for him, and I was attracted to her whenever she came into my class to plead for him.

Cut to the present, and I’m listening, grooving, to his stuff, and I like it. I want to congratulate him. But him? He probably hates me too, because he probably has nothing but resentment for those days, and that’s the very thing that fuels his music, and now he and I have something in common (being a 90-pound weakling myself, when I was his age).

Is there music you would not normally listen to, but because you’re buds with them, you do listen and support them?

D’you see what I’m getting at? The question arises: Is there a performer you admire, but your personal association just makes it impossible to listen objectively? 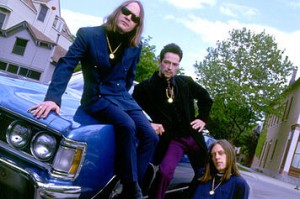 Nor is Slim referring to any of these pretty boy wusses.