As a coda to all of this, let me say that I think that Martin Belmont’s career over the long haul is interesting. Ducks Deluxe was certainly on the rock end of the pub rock spectrum, and The Rumour didn’t really have much country flavouring. But after The Rumour he played with Carlene Carter and Nick Lowe’s Cowboy Outfit. As he says in the interview his current work as a sideman is with artists who are country/western swing/rockabilly, and his recent album The Guest List is definitely much more Bees Make Honey/Eggs Over Easy than Dr. Feelgood. Some musicians evolve over time as taste – their own and others’ – evolves. Some become more themselves over time. Sometimes they just keep doing what they’re doing. Some say what they have to say and get out. Sometimes they change music, and sometimes the music changes them. 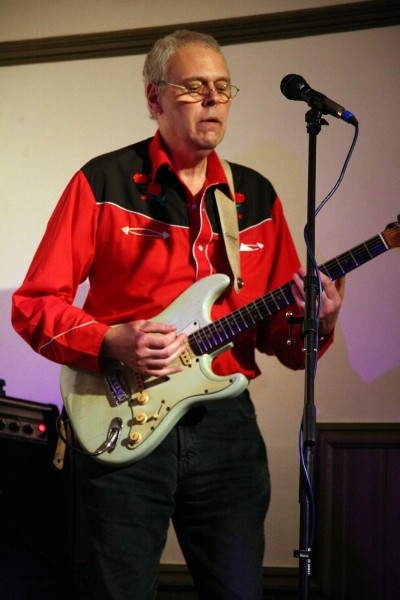