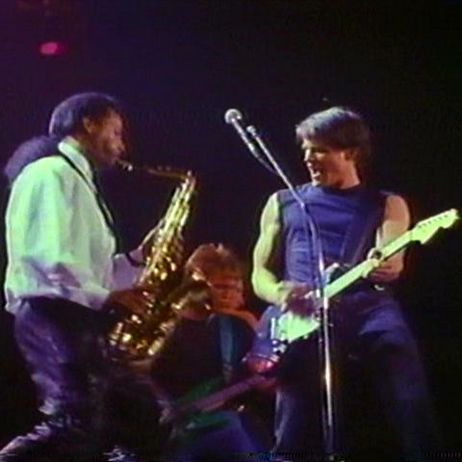 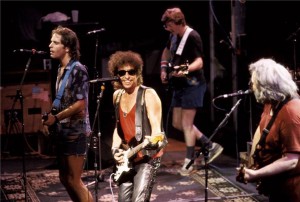 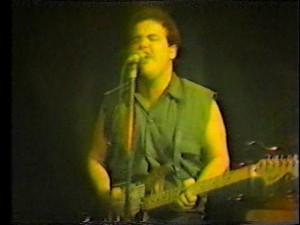 An argument for the sleeveless

To answer my own question, D. Boon did musical works of merit sans sleeves. Probably early enough into The Police‘s career, when I had a better chance of liking their records, Sting did some good work despite a lack of sleeves. Only bassist Mike Watt saved The Minutemen from being rock’s first sleeveless trio, matching the similarly pro-sleeve work done, I believe, by The Police‘s Andy Summers. U2, however, has produced some good music while launching an 8-gun salute.

I’m not a fan of Van Halen, but for what they did, they did it better than any other band of their era. They made plenty of “really good, if you like that shit” music wearing all sorts of bad clothing, so it’s possible that they wore sleeveless shirts while dancing the night away. (BTW, in the linked photo of the band, Eddie Van Halen is wearing what ladymissroyale taught us dudes a few months ago is called a cap-sleeve shirt, which is cut to venture into that no-man’s land between  deltoid and upper biceps muscles. The cap-sleeve shirt will be covered in a future piece in our Rock’s Unfulfilled Fashion Ideas series.) Hey, check it out: they did!

Too often, though, the sleeveless shirt marked a descent into a misguided musical direction or, as best represented by early 1980s Pete Townshend, a cry for help. Perhaps what started as a means of responding to overactive sweat glands, an issue that finally came to a head in the climactic scene of The Kids Are Alright, turned into a fashion obsession for Townshend and led to an eventual period of self-examination.

Individual sleeveless rockers aside and their musical merits aside, what’s worse: the self-cut sleeveless shirt or the tailored sleeveless shirt? That’s a tough question, isn’t it? As you chew on an answer, see if you can help me with another challenge.

Happily, for me, the sleeveless shirt faded from fashion. Maybe this was a positive offshoot of the sports world’s targeting of athletes using performance enhancing drugs. Maybe that was part of my problem with rockers baring their guns in those silly, incomplete shirts: rock ‘n roll was a safe haven for kids not obsessed with muscles. If you had them and felt like flaunting them, fine, but shoot, man, I don’t want to read about muscles as part of any rocker’s profile.

As with any of rock’s unfulfilled fashion ideas, however, this style must have had some promise, beside staying cool. I’d like to think that all fashions other than drawstring Zubaz pants had their roots in an intially even semi-cool visual idea. Is there a once-promising Jimi Hendrix Headband of Sleeveless Shirts that I’m missing?