When Mr.Mod mentioned recently that he was making a trip to France, people wondered whether he would be taking the opportunity to visit Jim Morrison’s grave in Paris. 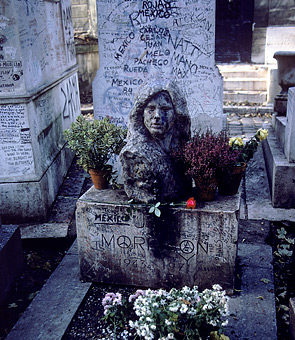 I don’t believe he did, but I was wondering if any other Townsperson had ever made that pilgrimage. I can’t imagine doing that myself, not being a big Morrison fan, though I imagine it might be an interesting sociological experiment to see what kind of people would be there.

How about visits to other sacred rock sites? I wrote about by visit to the Experience Music Project and to Jimi Hendrix’s gravesite a few years ago.

I can’t think of many other famous rock graves one can visit, maybe because so many of the biggest rock stars refuse to die, or even retire. Can one visit the sites where Otis Redding’s or Buddy Holly’s planes went down? I guess they’d be kind of remote. 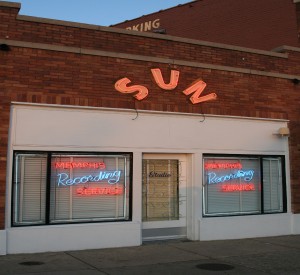 I believe I’ve mentioned before that my pilgrimage to the Sun Studio was truly one of the high points of my life. This would have been twenty or more years ago, and at the time the tour was a very low-key affair, though now it seems a bit more commercialized. Standing in that room where a miracle took place, not once but many times, was seriously a religious experience. 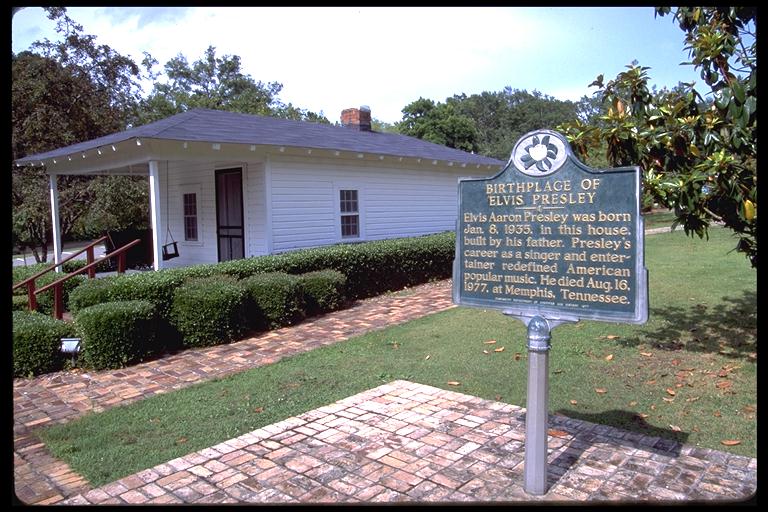 I’ve always refused to visit Graceland, because I don’t want to tarnish my vision of Elvis by seeing its tackiness, though I must admit that it’s part of who he was. I did, however, visit his birthplace in Tupelo, Mississippi. That was not miraculous, but it was pretty cool. Elvis’ father Vernon borrowed money to buy the materials and built that shotgun house before the King was born. That house is preserved and now there’s a museum/gift shop nearby.

What they don’t tell you on the tour is that the Presleys lost that house because Vernon couldn’t keep up with the payments. He ran afoul of the law trying to make ends meet and ended up spending nine months at Parchman Penitentiary after being convicted of forgery. I didn’t know that at the time, but it was nice to spend an afternoon in Tupelo trying to imagine what it must have been like in the 30s and 40s. At the shop I bought a poster of the famous photo of Elvis shaking hands with Richard Nixon, but I could never make myself display it after I got back home. 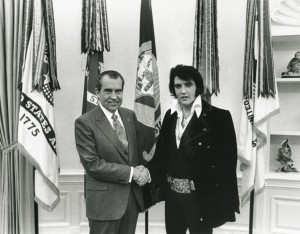 Once driving through Kentucky I passed a sign that said “Birthplace of the Everly Brothers Next Exit.” There’s a monument in front of city hall in Central City KY, but I think it’s one of those places its favorite sons got out of at the first opportunity, and they don’t have much connection to it. Nice diversion on a long drive though. 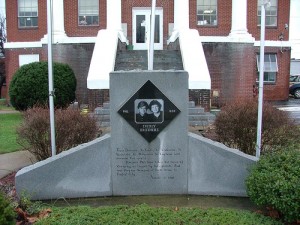 When I lived in New Orleans I used to take visitors to the former site of Cosimo Matassa’s studio, where rock&roll was invented. At least now they have a plaque on the wall that you can have your picture taken in front of. 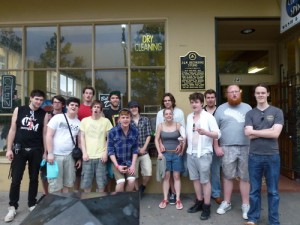 And yes it is a laundry now.

Have you guys in the Philadelphia area visited Walt Whitman’s grave right across the river in New Jersey? He’s our most rock&roll poet, and the cemetery is really nice. 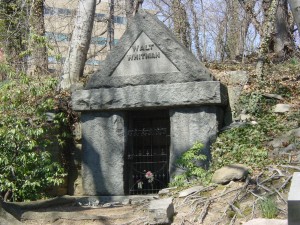 Have you ever visited a sacred rock site? Did it live up to expectations?