In a comment on another thread this week, Townsman al said he had some shots he took from an AC/DC Lane in Melbourne, Australia. These are too good to embed in the comments from a post that hasn’t caught fire. I’m posting them on the Main Stage, instead, and asking you to share your experiences walking any of the Streets of Rock ‘n Roll (or related 20th century and beyond music genres). 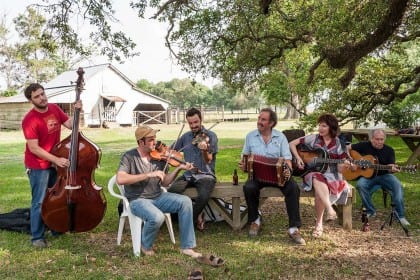 I spent the last 10 days of April in Louisiana: 5 days in New Orleans, 3 days in Cajun country, and 2 more in NoLa.

Thirty years ago, I learned about Festival Tours International, a small operation that does music-based tours. And 29 years ago I convinced my fiancée that a 23-day music tour of England and Scotland was perfect for a honeymoon. And it was!

Festival Tours is run by Nancy Covey. She has lots of connections in the music world, especially from having booked the music at McCabe’s Guitar Shop in Los Angeles during the 1970s and early 1980s. Her tours are very un-tour like—not rigid, skipping lots of the touristy spots, and heavy on local experiences only possible because of Nancy’s research and connections.

This England & Scotland tour used to be an annual event, tied to Fairport Convention’s annual musical festival in Cropredy. I’m not sure how often Nancy does that tour now but I know it’s no longer annual. One is planned for 2017 to tie in with Fairport’s 50th anniversary.

Many of her tours are one-offs; she’s done one to Russia, one to Sardinia, one to Zimbabwe that I can recall offhand. We’ve been interested in all of them but kids and work and life have always gotten in the way.

RTHers with better memories than I have might recall that my wife and I went to Cuba in February 2014, on Nancy’s initial tour of that island; she has since done two others there. This was before the recent thawing and the trip was spectacular. Cuba is filled with music; it is literally everywhere you turn in Cuba (and I am using the word “literally” in the true sense of the word, not the way it is often used nowadays). With Nancy, it was special. For example, we got to visit the studio where the Buena Vista Social Club album was recorded and to speak with two of the players from those sessions (not the big names—I believe they have all passed away—but with studio musicians). This was made possible because Nancy knows Jackson Browne from back in the day and he was able to facilitate this.

Well, another tour that Nancy does every year is to New Orleans, coinciding with the Jazz & Heritage Festival. It’s something we’ve wanted to do since that England tour in 1987, and finally, with an empty nest here at home, we’ve checked that off the bucket list.

RTH has been a lonely place lately. My excuse has been spending 10 days in Italy. While wondering around Rome (my wife and I walked 36 miles in 4 days!) we stumbled upon a church. And, yes, I know that’s not hard to do in Rome. This was one I’ve never been to before and I can’t even remember the name. Pretty plain by Rome standards. I snapped this picture of a side altar: 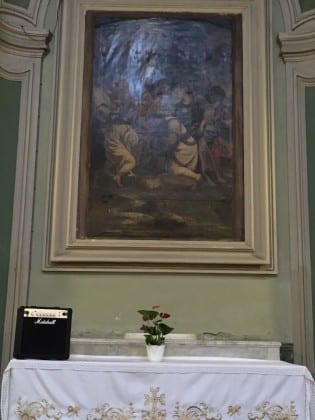 What a Marshall amp was doing on an altar in Rome I have no idea.

Do you? Any unlikely place you’ve stumbled on rock & roll lately? 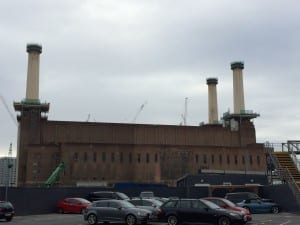 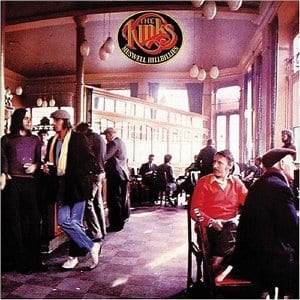 It looks like I might be making my first-ever trip to England this fall! I’m going to be in the Manchester area for a couple of days for work, then I’m going to take a few days to see some sights. At first I was going to go to Liverpool for a couple of days and make my long-awaited Beatles Mecca, but honestly, the more I thought about it, the more I began to dread getting caught up in tours full of guys my age in pathetic, dyed mop-top hairdos: middle-age white dudes in dyed mop-top hairdos, black guys with their hair straightened into bangs, Japanese guys with mop-tops, women with mop-tops…and women my age still longing to pee their pants in excitement over the thought of seeing the Fab Four in their performing prime. I love the Beatles like I love no other artists, but I fear getting caught in a sea of middle-age Beatles fanboys—and being identified too closely with them! Then a friend said that, beside Beatles tours, there’s probably not much to do in Liverpool. As my wife said to me a couple of days earlier, “Why don’t you visit London for a few days instead?!?!”

Anyone know how I can book a spot on Eric Burdon’s San Franciscan Nights tour?

This afternoon, Mr. Royale and I are driving up to Mendocino to attend a friend’s wedding. Invariably, we have a discussion about what music we want to bring: for long drives, having just the right music ready for your Ever Changing Moods is, as you will invariably agree, very important. Can’t have too much jangle. And while Loud, Fast and Out of Control tunes can be helpful for long straightaways, it won’t work on twisty, turny Route 1. Don’t suggest that mp3 crap, or at least not yet. We haven’t found the perfect mp3 delivery system yet so we bring along good old-fashioned compact discs.

Our go-to album for a long drive is Tusk. I don’t know exactly how this came to be, but I know that we both always felt that this album was somewhat unfairly overlooked in favor of Rumours. I think it became our #1 Drive album by it’s mix of familiar radio hits, changes in tempo, Lindsey‘s string of thematically-related contributions, and the inclusion of African elements into that Laurel Canyon sound. The album’s iconic place in our driving set list was set during our honeymoon, when we were meandering all over California (and I was bugging Mr. Royale by asking him whether each particular town or hovel could be a place he would want to relocate).

This afternoon we might shake it up a bit and bring along Camper Van Beethoven‘s cover of the album. However, somewhere along the 5-hour ride, we’ll have answered the question of “What Makes You Think You’re The One?” and bring along that favorite driving album.

What are your go-to albums for a long drive?