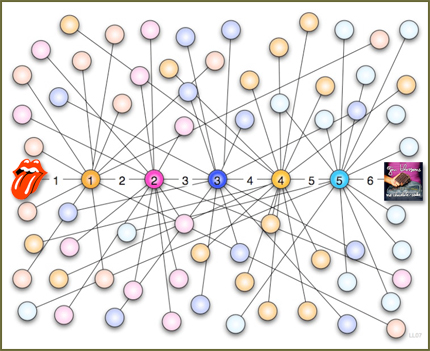 24 Responses to “CONTEST: Six Degress of The Rolling Stones to The Gin Blossoms”