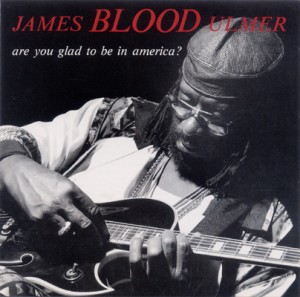 I believe my intense sense of moral outrage over the Velvet Underground box set reinsertion of the “heavenly wine and roses” middle eight of “Sweet Jane” and, even worse, the insertion of 4 measures of out-of-context room mic-recorded rhythm guitar preceding kick-ass guitar lick that sets up the coda of “Rock ‘n Roll” is on the record.

Sorry, I’m getting myself worked up just thinking about this again.

Today, I want to complain about related instances of archivists introducing previously unheard incidental vocal sounds in remastered, reissued recordings. I don’t like it. I don’t like it one bit. About 12 to 15 years ago I jumped on an import CD of James Blood Ulmer‘s Are You Glad to Be in America album. This was at a time when it seemed right to buy some of my favorite vinyl albums on the still-somewhat newfangled CD format. I’m sorry I bought it.

It was bad enough that they scrapped the excellent painting from the original album cover and that the album was sequenced differently than my version; in rare cases I’m a big enough man to realize that cover art and sequencing can vary from one country to another. Surely the Japanese had good reason for their sequencing. What really bugged me, though, was hearing some additional guttural sounds from Ulmer during a solo section. Those sounds did not appear on the vinyl release. Someone had the good sense to mix them out. Who’s the asshole who thought they added something to this Japanese CD version? Restoration projects can attempt to improve the original luster to a work, but they shouldn’t uncover purposely discarded bits. 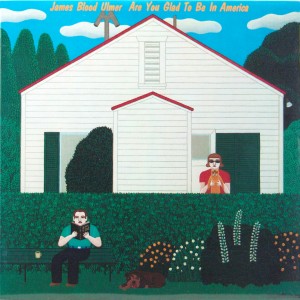 The Clash on Broadway box set, which someone got me for Christmas one year, adds some embarrassing “Hey, Chico…!” aside by Joe Strummer that completely kills my enjoyment of the band’s last great song, “Straight to Hell.” Why do I need to be reminded of Freddie Prinz and Jack Albertson while listening to the last great Clash song?

A few years ago I bought the reissue of The Stooges‘ Fun House, not the collectors’ edition box set with the entire 142 hours of non-stop recording, but the scaled down version, with the album proper and a dozen or so alternate takes and unreleased songs. I’ve felt bad about playing the digital version off my iPod, setting aside my precious vinyl copy. Recently I felt much worse when I noticed alternate guttural sounds from Iggy on “Down on the Street,” “TV Eye,” and possibly other tracks. It’s not right, man! I am going to pull out my vinyl copy, tell it I’m sorry, and smother it with hugs and kisses.

Have you ever noticed the introduction of previously unheard incidental vocal sounds in remastered, reissued recordings? Do tell.

6 Responses to “Stupid Things That Bug Me, Part 433: The Introduction of Previously Unheard Incidental Vocal Sounds in Remastered, Reissued Recordings”