Two shows about music in the late 70’s are coming to television this year. Both show have the blueprint of something I would look forward to watching. Yet, something about the promos for these shows smells a little off. Is it just me?

If you were paying attention to the commercials during this NFL post season, you most likely saw ads for the upcoming HBO series Vinyl. If you haven’t, see the clip below. The story of Vinyl is set in New York in the late 70’s at the dawn of punk, rap and the rise of disco. The show comes with the backing of heavyweights Martin Scorsese, Terrence Winter and Mick Jagger as executive producers. Scorsese and Winter had previous success with the prohibition era crime drama Boardwalk Empire, another east coast show set during a volatile period in American culture. I liked that show a hell of a lot and the producers proved a lot of critics wrong with the casting of Steve Buscemi in the lead role. This time around the cast of Vinyl is led by Bobby Cannavale. He’s always been a cilantro kind of guy when I see him in the movies. Also troubling, are the promo clips. It all looks like something we’ve seen before. Guy has a vision, guy discovers something, gets rich , gets the girl, does a lot of blow, lives life to excess and presumably falls back to earth. This time around though, it’s all set to the soundtrack of the New York Dolls, CBGB’s and Studio 54.

I just bought tickets to go see The Pat Travers Band at our little suburban club in Vienna, VA. As teenager, I was into this stuff for a short period of time, and it will be a fun retro trip back for me and my fellow-Midwestern buddy. I remember buying his albums, other than his big live album, in the cutouts. He was on Polydor records in the late ’70s, and for some reason a lot of their artists ended up in the $2.99 bin as I recall.

Most of Pat’s music strikes me as just missing the hard rock mark for some reason I can’t put my finger on. Is it because it wasn’t drilled into my head on what became Classic Rock radio?

It’s “off-brand” rock—not quite up to Bad Company or Aerosmith at their best, and probably more than a few notches below. It reminds me of Tommy Bolin solo records or Robin Trower or UFO. Of course, I am probably  thinking about this the wrong way—because these folks have their diehard fans,  I just grew out of it. Anyway, I am kind of looking forward to seeing what Pat is up to at age 61.

Do you have any “off-brand” rock in your stacks that you listen to? 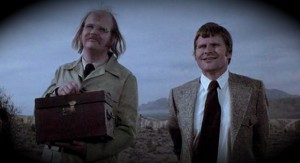 Ok, so every time I hear Steely Dan on the radio, I immediately think of Bond’s Mr. Wint & Mr. Kidd. Maybe part of the reason is that I don’t really know the “Band” — Fagen and Decker — other than small snatches I’ve seen of them — but their legend looms large in my mind.

On the surface, this is a band that I should not like a wit. Jazz Fusion! Studio musicians!! Odd vocal stylings. What gives?? Yet — although I don’t OWN any SD — I like them when I hear them. And the solo for “Reelin’ in the Years” by said studio axeman is one of my all-time faves.

By looming large, I mean I picture a studio teeming with ’70s excesses — women in jumpsuits, coke, shag carpeting, etc.

So I probably won’t be downloading and Steely Dan for the old iPod. But if I’m ever at some cool party, chock-full of modern, Eames-inspired furniture, and this is coming out of the Blaupunkt’s, I’ll nod my head and say, Yes…I can live with this.

I know most bands have a persona that is larger than life. But did Steely Dan ever try to cultivate it the way that, say Zeppelin did?

Should I break down and buy this band? Help …

You know those artists whose albums you’ve seen sitting in used bins as long as you’ve been a music lover, bands like Bloodwyn Pig, The Strawbs, and Steve Harley & Cockney Rebel? Well, Cockney Rebel just came up in the Freddie Mercury biography I’m reading, and I thought it was time I check them out. This is the first clip I tried:

Not what I expected! I need Happiness Stan and our long, lost friend tonyola to put their heads together and explain this band. I know we’ve got some other Brits and maybe even some closet-prog fans (if, indeed, this is a genre in which this band was loosely categorized) on board. Maybe they can help me. Let’s try another song by these guys:

END_OF_DOCUMENT_TOKEN_TO_BE_REPLACED 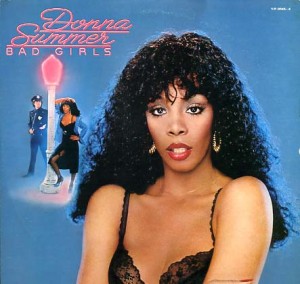 END_OF_DOCUMENT_TOKEN_TO_BE_REPLACED

Someone asked me recently, “Mr. Moderator, if there was one thing you could do to make Rock Town Hall even better than it already is, what would that one thing be?”

Don’t take this the wrong way, but I’ve been thinking about this question for the last few days. As great as this place is, who says we can’t make it even better? Today I believe I have settled on an answer: We need a few Townspeople who know a shitload about any of the following bands to step forward and make their mark.

Sure, I want facts, but I also want a sense of your passion for any of these bands. I had no idea any of these bands existed, but they stumbling on the following Birth Control performance had led me down a rabbit hole of obscure hard-rockin’ bands representing fans with lifestyles I can barely imagine. I want to get to know these people. Check out the ancient worlds I have unconvered:

First, Birth Control, a band that seems to have captured the essence of Eric Burdon‘s psychedelicized Peace Warrior ravings and mixed in Krautrock and the heavy organ noodlings of Deep Purple. I know you’re gonna want to clap your hands when this number gets going!

Next up is Epitaph…