So the other week, in a fit of nostalgia, I bought a copy of the Saturday Night Fever soundtrack. This movie and it’s accompanying 2-record set made a big impact on me, my brother, and my sister. My younger sister was the coolest one: she convinced my parents to take her to see it (underage, she had to convince my parents to go; years later, she admitted to me that she didn’t understand the movie). But my younger brother and I made do by listening to the soundtrack. I loved that record, and even my parents put up with our playing it (Dad, son of a musicologist, even liked Walter Murphy’s “A Fifth of Beethoven”).

Listening to it again, years later and with a more jaded ear, I was pleased how well the Bee-Gees tunes have stood the test of time. I was never a huge Brothers Gibb fan, but the production and arrangements on their songs are pretty nice. Contrast that to the obvious filler in the album: several David Shire tracks that seem to be a white guy’s approximation of ethnic dance music. And then there’s the stuff in between: second rate but fun KC and the Sunshine Band, Tavares, The Trammps, and Kool and the Gang’s “Open Sesame,” which regardless of it’s B-level status gets a thumbs up in my book due to the repetition of the lyrics “Get down with the Genie!”

Which got me thinking about soundtracks.,,

END_OF_DOCUMENT_TOKEN_TO_BE_REPLACED 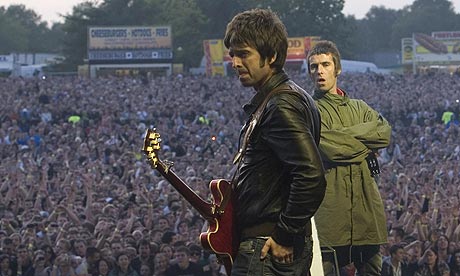 END_OF_DOCUMENT_TOKEN_TO_BE_REPLACED

Reports are circulating that one of the 2 surviving Bee Gees, Robin Gibb—he of the most vibrato-laden voice in that trio—doesn’t have long to live. If, as expected, 3 of the 4 Gibb brothers will be dead at a young age, this puts the Bee Gees in contention with Lynyrd Skynyrd for rock’s equivalent of “Curse of the California Angels” status. Considering that the Gibb-related deaths are all in one family, this may put them “ahead” of Skynyrd. However, Andy Gibb was not a member of the singing group, so his inclusion in the Rock Band Tragedy count might not qualify, as would be expected if the Van Zandt brother from .38 Special had died young. Tell that to Momma Gibb, right? All horrible joking aside, Robin Gibb did some remarkable work in all phases of the band’s history, perhaps no better than kicking off the following song.

Few Townspeople beside shawnkilroy are likely to support me on the following, but I also feel this awkward disco track also showcased Robin’s unique talents.

END_OF_DOCUMENT_TOKEN_TO_BE_REPLACED

As last week’s episode of Saturday Night Shut-In should have made clear, I still dig the simple, sugar-charged confections of the rock ‘n roll I cut my teeth on: no questions asked. My musical Reese’s Peanut Butter Cups never get old! As rock ‘n roll and rock fans (myself included) matured it was hard not to look down our noses at some of the similarly sugary pop confectioneries of our late-teen years.

For my generation that would have been a band like the Saturday Night Fever–era Bee Gees. A little later there were bands from my youth that fell between the age of childhood innocence and my college years, the musical versions of Twix (introduced in the US in 1979), in my case, like middle-school discovery from a few years earlier, ELO. In my college years, as I yearned for music a little more sophisticated or passionate or political—or anything that might make me seem more interesting to women and rock sages—I questioned the value of the Twix bar. Was it too much a newfangled kid’s candy for me to be seen eating? Reese’s was old school, classic, even “cute,” in the eyes of a nuturing young woman. Twix, in the early ’80s, like the Saturday Night Fever soundtrack and ELO, didn’t make a woman my age get all soft and gooey in my presence, at least not the women I wanted to get soft and gooey. And it goes without saying these newfangled pop bands held no weight with the older rock sages I was simultaneously looking to impress.

Then a funny thing happened, at least in my world: rock sages determined that Bee Gees albums from the ’60s were actually pretty cool! Next it was discovered that, prior to ELO, Jeff Lynne joined an obscure (to American rock nerds) ’60s band called The Move. They were definitely cool, with reports of them smashing TVs and cars on stage yet still not getting remotely popular in the States, unlike their instrument-smashing contemporaries, The Who and Jimi Hendrix.

By this period I was deep into buying somewhat obscure albums by ’60s artists, blowing a dollar here, fifty cents there on possibly overlooked gems by the likes of The Association and, yes, The Bee Gees. Then I got wind that The Beach Boys carried on for years without an even remotely sane Brian Wilson at the helm. I thought, A lot of pain and suffering had to have gone into those albums! They must have been, well, not better but more interesting than my childhood favorites, like “I Get Around.” The rock sages were all about pain and suffering, and I was beginning to learn that a number of attractive women dug those qualities too. Sure enough, although not chock full ‘o hit singles, late-’60s Beach Boys albums like 20/20 do deliver songs with unexpected depth and charmingly rough edges. We dip into one of these songs in this week’s episode.

Toward the end of this week’s episode, I ask Townspeople to help me clear up a shocking discovery on my presssing of Charlie‘s No Second Chance. I’ve either discovered the most unexpected growth in the shortest period of time in music (ie, in the time between sides 1 and 2) or I’ve stumbled across something akin to finding an original draft of the Declaration of Independence behind an old picture frame left behind in the attic by my house’s previous owner!