I know some of you manly men, those of you who have never for a one moment sized up another man’s looks will cringe at this suggestion, but Eric Clapton is a fairly good-looking man. He always has been, and he has worked hard a developing and varying his sense of style, or Look, as we like to say. 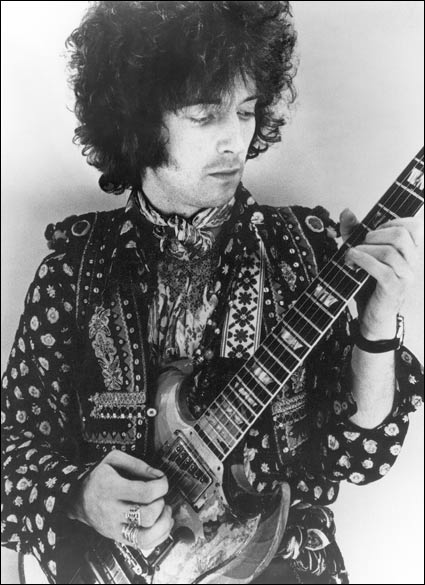 A great thing about Clapton’s commitment to developing his Look, especially in his first decade, before he began to setting into his bearded gentleman addict/recovering addict Look, was his willingness to adopt guitars that best fit his current Look. Check out the matching ensemble he put together for this Yardbirds-period shot.

Here’s a guitar/Look combo that I’d never seen before. This one blows me away. I wish I’d seen this picture when I was much younger; I would have had more tolerance for the many bad recordings EC has made over the years. 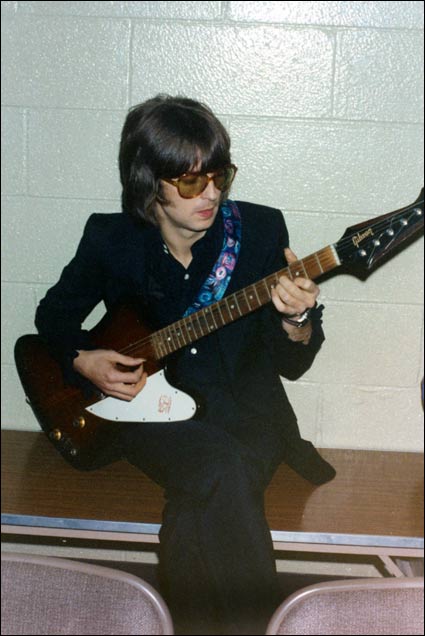 Even into the ’70s he was working a pretty cool Look. You know this one. 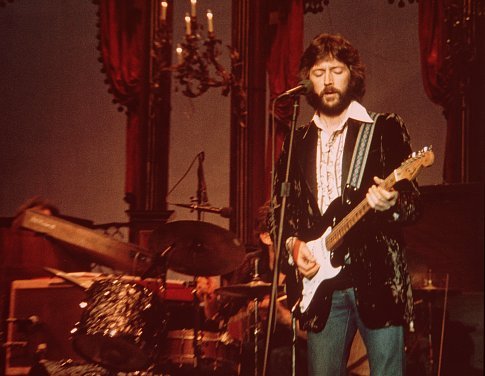 If there’s one thing we know about Clapton it’s his deep love for da blooz! If there’s another thing, it’s the incredible pain he’s endured. No wonder the man is so deeply attuned to the hellhounds on his trail. But I’ve come to the conclusion that the original burden on Clapton, his original sin, so to speak, was his role as the only good-looking guy in just about any band he played in. I mean, face it… END_OF_DOCUMENT_TOKEN_TO_BE_REPLACED

Circa 1991, writing under an assumed name for the long out-of-print photocopied, folded, and stapled publication HEADline, Townsman E. Pluribus Gergely wrote the following piece on Eric Clapton. We’ve uncovered a rare copy of said publication and transcribed this piece to accompany this week’s discussion. Enjoy.

Must I wake up everyday with a splitting headache? The gods believe I should, or they would have done something about it long ago. I envy their sense of humor. To play with my existence as if it were nothing but a mere tinker toy obviously provides them with much delight. They will live eternally, knowing they have plenty of time to continually create things of value. I have not been allotted this time. The possiblilty that I will create anything even remotely beneficial to humanity is most probably improbable. Much precious time is indeed wasted on the so called practicalities of life, negatives in my book. If only I could learn the trick of creating something, anything, from the purely negative. The Judeo-Christian God supposedly created man from mere dirt (yeah, dirt, earth is way too kind). Celine, doctor and author of one my all-time favorite tomes, Death on the Installment Plan, earned a whole lot of extra money by showing the public what real filth is all about. Come to think about it, maybe there’s an angle to all this after all. Continue to follow me through this insufferable rambling, dear reader, and you’ll soon see what I’m getting at.

When I awoke yesterday, around 3:00 in the afternoon, my world appeared to be out of focus. Some commonplace images around the perimenter of my bed – a half-eaten bag of pork rinds and a well-thumbed copy of a late ’70s wrestling magazine, to name two – appeared to be blurry. The problem? No glasses! After placing my spectacles on the bridge of my nose the objects now had the illusion of being in focus. I use the word “illusion” because everything had the appearance of clarity, but old E. Pluribus knew better. He knew that a polished apple can be rotten to the core. He knew there was still something out of kilter, and the faint sound of a radio in the adjoining apartment provided the plausibilty for his inklings. Imagine the ensuing nausea that occurs when one is forced to start his day with a broadcast of “I Shot the Sheriff” by Mr. Eric Clapton, the so-called “bluesman”. Now there’s a word out of focus! Let me and my howitzer have have 5 minutes with Mr. Clapton, and he’ll find out what real shooting is all about!

Doris, my ball and chain, says that Eric Clapton has made a career out of singing through his beard. What she’s getting at is this: the beard is more or less a mask, or disguise of sorts, to cover up the fact that he is none of the things he thinks or says he is.
END_OF_DOCUMENT_TOKEN_TO_BE_REPLACED