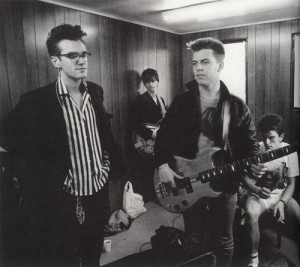 Last week a guy I only know through Internet means but really enjoy “seeing” posted something about how much cooler Stevie Nicks and Fleetwood Mac are than Bruce Springsteen. I’m not a fan of either band, but thoroughly dig 6 to 8 songs by each band. Stevie Nicks solo, however, is atrocious. What’s that “Tears Like a White Winged Dove” song, or whatever she’s going on about? She should have been gagged once that thing hit the airwaves.

I can understand Boss Backlash as well as anyone, but although I once did a few weeks’ time trying to convince myself of the “genius” of Lindsey Buckingham, the long-running mystification of Fleetwood Mac baffles me. They were a pretty cool, pretty weird mainstream band with a half dozen killer songs. However, I’m too old and was too-cool-for-school as an outwardly dorky teenager to pretend these days that “Landslide” and deep cutz from Buckingham’s Go Insane album should get me looking off into the distance or reflecting on missed opportunities to snort mounds of cocaine.

Fleetwood Mac, Steely Dan, ABBA, and Bob Seger and the Silver Bullet Band have been discussed here before, I’m sure. Who approved their Critical Upgrades? Each band has its charms. I’m not immune to the best songs by those bands in small doses, but for the last 20 years their stature as Important Mainstream Rock Artists Who Were Hipper Than We Originally Thought has exploded. I can’t buy into this. There were hipper bands then, and there have been hipper bands since. The fact that they were relatively hip doesn’t make them hip. I’ve scoured enough used bins to find relative gems from an era’s music I generally (and probably rightfully) ignored.

What I want to know is which of these bands will lose their Cinderella powers first? Whose limo will turn back into a pumpkin? I think the clock is ticking on at least 2 of the following 4 artists, while 1 artist’s belated hip status is ascending. What do you think? What other bands fall into this category, and what perhaps rightfully looked down-up (by music snobs) ’80s artists are now becoming unfathomably hip?

At a recent holiday party I found myself having to defend one of my favorite mid-’70s light-rock nuggets, Pilot‘s “Magic.” Yes, it’s carefully constructed. Yes, it’s kinda schlocky. But so were a good amount of studio-churned hits during this time. I argue that this song is one of the best—that stands toe to toe with the Archies, Sweet, The Marmalade and yes — Jigsaw’s great “Sky High.”

I think this has a glam feel and the guitar solo is great.

Why, oh why does this song get shit on in the Hall? There is craft here. Critical upgrade I say!!! 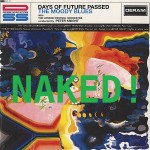 Don’t fret and don’t cover your eyes—I’m not posting NSFW pictures of post-middle-age, prog-mush demi-rockers in their underpants or worse…

END_OF_DOCUMENT_TOKEN_TO_BE_REPLACED

We all have one somewhere in our collection. An album that we love but the would-be tastemakers of rock and roll say we should shun like the plague. Some think Dylan‘s Self Portrait is a masterpiece. There are people who like the Stones‘ Dirty Work. Why, I know someone who actually thinks that Anderson, Wakeman, Bruford, and Howe is the greatest Yes album ever. I question his sanity, even as a devoted Yes fan myself, but there you are.

The year is 1987. Things were ugly in the Pink Floyd camp. Roger Waters and David Gilmour were no longer on speaking terms, Richard Wright was tooting up coke on his sailboat, and Nick Mason was polishing his prized and enviable classic car collection. Nothing had been done since the release of  the tepid and strained The Final Cut, in 1983, and Floyd seemed to have come to a bitter and acrimonious end. However, something unexpected happened. Gilmour had been working on a solo album, but he changed his mind and devoted his efforts to a revived Pink Floyd. Against admonishments by Roger Waters, he brought Mason and Wright back on board, brought in The Wall collaborator Bob Ezrin to produce, and released A Momentary Lapse of Reason in September. Waters snorted in derision as he prepared a lawsuit over Gilmour’s seemingly unauthorized use of the Pink Floyd name. Reviewers were not kind but buyers didn’t care: the album was a multi-platinum smash and the subsequent tour was a monster.

To this day, people have written off A Momentary Lapse of Reason as weak and unimaginative fake Pink Floyd,a glorified Gilmour solo album, and a patchwork affair overly dependent on outside help. Never mind that Pink Floyd used soul-sister vocal sweetening, guest vocalists, and horn players since Dark Side of the Moon, not to mention an orchestra on The Wall. Ignore the fact that The Final Cut was basically a Roger Waters solo album with Mason and Gilmore as backing musicians and Wright left out in the cold. Me? I think Reason, while not perfect, is a pretty good album overall that largely manages to capture the grandeur and weight of latter-day Pink Floyd at its best. I’d rather listen to it than The Final Cut, Atom Heart Mother, and at least half of The Wall.

So what do you folks think about A Momentary Lapse of Reason? Also, what other album do you love that you’re supposed to hate?

Thank the iPod Shuffle gods for re-introducing me to The Wallflowers. I was a big fan of their universally ignored 1992 debut album (s/t The Wallflowers) and 4 years later was surprised that they got another shot, Bringing Down the Horse, and that it was a huge hit record. The two singles, “One Headlight” and “6th Avenue Heartache,” were good Adult Rock tunes (aka Dad Rock) in an era where there were plenty of them to choose from (Counting Crows, Hootie, Better Than Ezra, The Rembrandts, BoDeans, Cracker, and CU beneficiaries The Gin Blossoms), and since the record is so front loaded with hits, I tended to move on after my first 5-song fix. That was my mistake.

My iPod must be a big Wallflowers fan, because I hear them all the time, and not the singles usually.

Jacob Dylan sounds more or less like the other “sons of Dylan” (eg, Springsteen, Petty, Mellencamp, Knopfler), in fact his clean Tele strum sounds very Petty-ish and the organ, from Walflowers’ MVP Rami Jaffee, is “Like a Rolling Stone” meets the bands that wish they wrote that one (see list above). Jacob writes a good sad song, not quite to the level of Dire Strait’s “Romeo and Juliet,” but in that vein. He has some Elvis Costello in him as well; there is some anger behind his sadness.