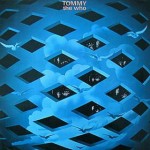 END_OF_DOCUMENT_TOKEN_TO_BE_REPLACED

The EP, or extended play, had run its course in America by the 1960s, but it was an established part of the UK rock ‘n roll scene, offering artists a chance to leak out a little more than a single to tease fans for the release of a new album or, perhaps, to get a musical tangent out of their system without the pressure of constructing an entire album around a possible lark. As you probably know, The Magical Mystery Tour album that Americans grew up with and that was released in German True Stereo by our friends in Germany was initially released in the UK as a double EP. The EP format was revived to some effect in both markets in the punk (often as 7″ EPs) and disco (think 12″ singles) scenes, but the coolest format ever, in my opinion, the classic vinyl, 10-inch EP that Epic tried to revive with a series that included The Clash‘s Black Market Clash and a decent Cheap Trick platter, did not take off. Too bad! One of my unfulfilled musical dreams is the release of a 10-inch EP that somehow pays homage to Captain Beefheart‘s Music in Sea Minor.

In the digital age the EP release may make more sense than ever. Think about how long it takes artists to release a new album. Think about how few songs from that album ever get played on the radio. Think about the short attention spans of iPod-equipped listeners who may have only loaded the initially catchiest handful of songs, that is, if they even bothered to download an entire album. Why shouldn’t artists release a handful of songs at a time as an EP, cut down on the wait between releases, and possibly generate more reviews and opportunities for lead tracks to get played on air? I don’t know if two artists, relative newcomer Jump Back Jake and Friend of the Hall Martin Newell had any of this in mind when putting together their latest EPs, but we’ll take ’em – and review ’em…after the jump.
END_OF_DOCUMENT_TOKEN_TO_BE_REPLACED