I know nothing about the phenomenon of the animated movie Frozen, but a groundswell of attention has reached me in recent weeks. I keep hearing about some song called “Let It Go,” which stuck on my radar because I wrote a song by that title years ago and chuckle at the notion of learning that one of my songs was selected as the big musical number in a Disney movie. Alas, it’s not my “Let It Go.”

For those of you who’ve seen the movie, am I right to assume that the original movie version is not “Africanized” or even “tribalized”? Or was there a reason to “Africanize” the song? Is the Ice Princess, or whoever is the movie character singing the song, at least surrounded by an animated choir of robed Inuits?

In this week’s Saturday Night Shut-In, a Super Bowl Eve extravaganza gets railroaded when your host and moderator goes there, to a place he wishes Madonna and all of us would never go, repeatedly saying a word he is truly opposed to saying, but saying it anyhow for a greater purpose. This episode, it goes without saying, is NOT SAFE FOR WORK. The show’s producers are not happy! Mr. Moderator offered the following statement after the show: “I apologize for straying from the best interests of my audience.”

Prior to an uncharacteristic detour from the fun, partying, and rock ‘n roll that characterizes Mr. Moderator’s interests, your host shares reflections on the life and death of Anna Gordy Gaye and some killer tunes! 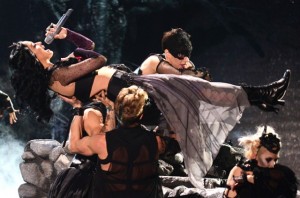 I didn’t watch a lick of the GRAMMYS last night, but I just glanced at a clip from last night’s broadcast. With Awards Season underway and February just a few days away, YOU KNOW WHAT I’M TALKING ABOUT, right? YOU KNOW WHAT THE MONTH OF FEBRUARY IS ALL ABOUT, don’t you?

Anyhow, did I miss anything? 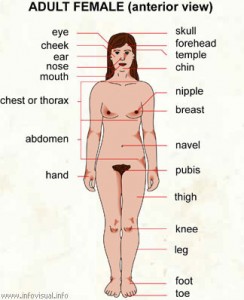 The following term appears in the headline of a recent Rolling Stone article on some “up-and-coming” Welsh band.

The subtitle of the piece continues the patronizing tone:

What a pathetic, offensive reduction of a band’s work! The “female” thing is bad enough; call a woman a woman. This isn’t biology lab. Also, beside the fact that I can’t stand Hole, how do they fit in with Elastic and PJ Harvey other than era of popular breakthrough, vaginas, and a degree of shared “attitude”?

Perhaps this band is thrilled by the comparison and the RS ink, but to me this is no different than comparisons in the ’80s and ’90s, respectively, of The Busboys and Living Color to a handful of unrelated African-American rockers based almost solely on the fact that the band members are all “negroes.” With Exploitive Black Rock History Month upon us, what other offensive biases would you like to see eliminated from rock criticism?

Thanks to all of you who contributed to Rock Town Hall’s month of features bemoaning exploitive black rock history. Through our work, I believe we made important steps toward halting the cynical practice of pop musicians employing an African American Robed Choir at nationally broadcast performances. Was it a coincidence that last week’s Academy Awards ceremony was the first nationally broadcast event featuring musical performances that sidestepped this cheap ploy?
END_OF_DOCUMENT_TOKEN_TO_BE_REPLACED

A televised Amy Winehouse performance would not be complete without a lot of camera time given to her retro-style singin’ and dancin’ backup singers. You know these guys: two stylish, handsome, and animated black guys in dark, ’60s-cut suits who perform a frantic, nonstop array of choreographed Motown-style moves to add some needed life behind the scrawny atrocity exhibition who’s paying the bills. The camera can only hang so long on Winehouse, in hopes of her falling over or throwing up. The backing singers keep things FUN and LIVELY!

During our examination of the African American Robed Choir (AARC) I addressed whether a rock band being supported by “colored girls” as backup singers constituted an example of exploitive black rock history. We seemed to agree that if a performance called for the tone of African American backup singers, the selection of a trio of African American singers as acceptable in terms of instrumentation, no different than a guitarist selecting a Gibson over a Fender. None of us would deny the importance of showmanship and mach schau in rock, so we can’t immediately jump on any backing singers who dance and dress in a way that adds to the performance. In the case of Amy Winehouse, however, a young, white, English singer who apes African American vocal characteristics and themes, I’ve got to question whether her use of her backing singers is a ploy for Blackredibility or the acceptable selection of human instrumentation.
END_OF_DOCUMENT_TOKEN_TO_BE_REPLACED

As discussed in my kick-off piece for Exploitive Black Rock History Month, some subjects we’ll be exploring will be more difficult to assess than the African American robed choir (AARC). The practice of white rock bands incorporating “authentic” bluesmen is not as black and white as the AARC, and with no one else taking on the task, it’s our job to review the shades of gray.

A scant 21 seconds into the following YouTube clip of an interview with Jefferson Airplane/Hot Tuna guitarist Jorma Kaukonen, Jorma sets up what I’m about to discuss in today’s examination of exploitive black rock history better than I could have hoped. Check it out.