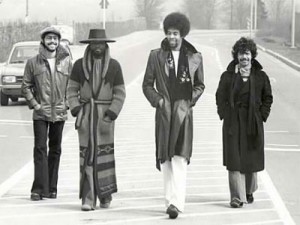 The other day I read a little interview in GQ with Bob Mould. Mould is an artist I’ve long tried and wanted to like in his various guises but never quite can. My interest in Mould starts with the strong sense that he’s a good egg and a real music lover. In the 5 minutes I spoke to him about favorite punk records of our youth after a Husker Du show years ago, he was a good egg. I actually passed out for a second, leaning against the stage during his show. My friend—a close, personal friend and Townsman who shall not go named—and I were wasted on an experimental combo of canned vanilla weight loss shakes and vodka. It was a tasty combination, but not one worth revisiting. I liked Husker Du that night as much as I could have imagined. I especially liked the vibe they gave off. It was like watching some local bands in our scene at the time, good eggs onstage and off, each with a couple of really good songs and fun people watching them from the floor to occupy my time during the boring numbers. Although seeing Husker Du live helped me like them more than my experiences skipping over 10 songs on each album for the 2 good ones, the combination of Mould’s horrible open-chords on a distorted Flying V tone and his bellowing Gordon Lightfoot-style singing voice were limiting factors in my long-term enjoyment.

The hardest trick to pull off in rock and roll is the dreaded “return to form,” that abstract idea that a veteran artist can somehow, after a few decades, reclaim both the sound and the energy of their earlier work. I can’t tell you the number of times I’ve been told that a new Pearl Jam album is “their best album since [insert favorite old Pearl Jam album here].” I can’t tell you how excited I was when Metallica released Death Magnetic and it sounded way more like old Metallica than new Metallica. Being an artist is a real bitch because fans always want you to go backward. They want you to recapture a moment of discovery in their lives that can’t truly ever be recaptured. And you’re supposed to do all of it without sounding repetitive. No wonder so many musicians are prone to smashing their instruments. – Drew Magary, from his intro to the GQ interview.

A few years later I bought Mould’s first solo album, Woodshedding, or something like that. It featured energetic, acoustic guitar-driven songs with cellos and the backstory of Mould wanting to move forward and develop a meaningful, direct approach to songwriting like that of his new hero, Richard Thompson. Remember that time in the mid-’80s, when Thompson suddenly became a guiding light for slowly maturing punks looking for a way to move forward? I was one of those punks; I sought guidance from Thompson, buying almost all his works leading up to the stuff Mitchell Froom started producing once he earned his long-overdue critical acclaim. Mould’s Woodshop album was pretty good, more in tune with Thompson’s hardwood folk-rock albums prior to Froom’s addition of a cheapening polyurethane finish. With the crappy Flying V out of the picture, the lone stumbling block to my fully embracing that album was Mould’s voice. He still sounded like a punk rock Lightfoot to me.

END_OF_DOCUMENT_TOKEN_TO_BE_REPLACED

On the occasion of Bob Mould’s recently published memoir, is it time to reverse Mr. Mod’s critical downgrade on the Huskers? Let’s put aside the muddy-sounding Flying V, the bad drumming, the terrible production values. At a time when so much indie-rock has become marketable,well-kempt, finely polished and polite, is there something especially worthwhile to be gleaned from the legacy of a band that was none of these things? If nothing else, can we put Husker Du at the forefront (along with Eleventh Dream Day) of my invented genre T-Shirt Rock (basically, the music I listen to balance out my love of dandyish fops like Pulp and The Kinks)?