Any time I think of British jazz guitarist John McLaughlin I’m reminded of his skunk-ass playing on Miles Davis‘ A Tribute to Jack Johnson and Bitches Brew and then quickly regret that fact that he not only stayed in the jazz realm but mostly put down his skunky electric guitar for tasteful, seated acoustic performances.

I must say, the person who posted the following clip on YouTube added probably the unintentionally funniest set up I will read all day:

As well as being a great musician Katia is hell of a sexy looking here. If ever I saw two people making love on a stage before…..

END_OF_DOCUMENT_TOKEN_TO_BE_REPLACED 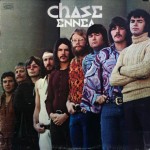