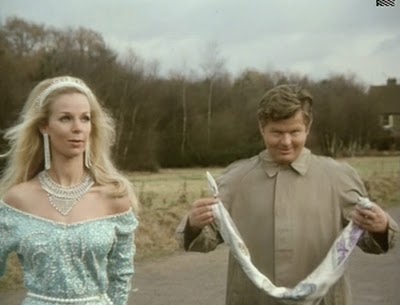 Philadelphia-area fans of a certain South Jersey hepcat from the ’80s music scene may be interested in a show coming to the M Room (15 W. Girard Ave, Philadelphia) this Sunday night, March 7. The headliner goes by the name Benny and the Bums, but a source and usually lurking Townsman tells me this “Benny” is an old friend and beloved showman who left our orbit years ago for some California grass. Why this show is shrouded in mystery I do not know, but for the safety of my friend – who is expecting to have a burlap bag placed over his head on Sunday evening before being driven to the club in a unmarked car – I will say no more. At Rock Town Hall we’re all about safety and accurate reporting! I plan on being there in case this turns out to be the musician I’m told it is going to be.

I’ve got something to confess. Although I’m known for my fair-balanced impersonal moderation of Rock Town Hall, there are times in which I struggle to maintain my balance, times when I need to catch myself and say, Hey, it’s about them, not me! Last night was one of those times.

I had the following post ready to load, until a force that’s hard to explain made me think better of it. It’s not enough that I thought better of posting what I wanted to post; I feel compelled to share with you the depths to which I almost sunk…after the jump!
END_OF_DOCUMENT_TOKEN_TO_BE_REPLACED

Philadelphia and its tri-state area has declared a winner! Wanna try beating this classic ad for a beloved and dearly departed local soda?

Forget about chicks and cars, I suspect this is why we pick up an instrument and dream of making it big!

In the tiny high school that Andyr and I attended, there was a guy name Chris who was 1 year ahead of us. Chris emerged, around 1979, as our high school’s primo rock hero. Word had been getting around that the loner with the long, stringy blond hair and army jacket was an amazing guitarist. A handful of those much cooler than Andyr and I had already seen his Southern Rock-style band play a party. As his band’s upcoming school assembly concert approached, the word on the street was universal.

“Amazing!” said the guy in our school who could play the unaccompanied guitar solo in Led Zeppelin‘s “Heartbreaker.”

“Amazing!” said the other guy in our school who could play the unaccompanied guitar solo in Led Zeppelin’s “Heartbreaker.”

“Amazing!” said the guy who played flute and styled his Look after that of Ian Anderson.

“Amazing!” said the big asshole in Chris’ grade who could drum a little and who was beloved by the cool kids for god knows what reason.

“Amazing!” said the hippie girl I’d occasionally realize I had a little crush on.
END_OF_DOCUMENT_TOKEN_TO_BE_REPLACED