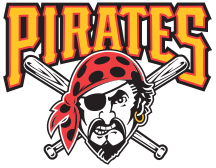 Here’s the track listing from the CD accompanying the March 2012 issue of The Word:

I was 5 tracks into the disc before I knew whether the band name or the song title came first.

What’s happened to band names?!?! I tell you, it’s another facet of EPG’s contention that there’s been no good music since 1983.

It wasn’t always this way. There was a time when band names were recognizably band names AND they were cool. C’mon, will anybody seriously argue that Panic! At The Disco is a cool name?

Types of band names changed over time, they followed trends, but they were recognizable.

I’d like to enlist the collective wit & wisdom of to catalog the eras of band names, create the time line. Can we fill in the time from 1955 to 1983 (or further if you insist there has still been music since then)? You define the time frame, you describe the band name category, you give the examples.

I’ll start it off.

You may have read this story about a guy who legally changed his name to Led Zeppelin II.

This would not be my choice for a new name, but I respect Led’s decision. Like the author of the article, I was wondering if his son will be named Led Zeppelin III? He says the change made him a better person and improved his quality of life, so more power to him.

We have aliases here at Rock Town Hall, but I can’t recall anyone whose alias is an album title. If you were going to change your real-life name to an album title, which one would you choose?