Lately, I’ve been playing a song by a local (to Philadelphia) songwriter, Tim Bowen, now sadly deceased, that uses the trick of modulating repeatedly within the song, changing the key, seven times. Since that song is not available on-line. I give you this classic example:

The immediate inspiration to bring this up was hearing this song on the WFMU morning show:

I always loved how that trick works here to create a palpable sense of pandemonium in behind Gil Scott Heron‘s onslaught of images.

Can you think of any other examples? Is it cheesy or genius?

I don’t know how we measure this, so let’s trust our hearts. Years ago, after already putting in 10 years of loving The Kinks Are the Village Green Preservation Society album, my wife and I were driving somewhere as that album played and I had my finger on the SKIP button of our old car’s CD player as “Big Sky” began to play. “Big Sky” was not a surefire needle-lifter for me, but beside Lou Reed’s music and some Bob Dylan songs that may qualify, I’m not a big fan of talk-singing. I felt there was something hokey about “Big Sky” to make me want to listen to it every time I listened to that album. And I listened to that album frequently.

DON’T TOUCH THAT DIAL, my wife essentially said to me. She explained, “The song captures how I feel about nature, and the break is the most beautiful thing!”

She had a point there: the break is the most beautiful thing. “When I feel/That the world’s too much for me…” Beautiful!

I no longer skip “Big Sky,” not even occasionally, and for this city boy, it’s 100% for the love of the middle eight, not nature. Sorry. To be less of a natural, take-it-as-it-comes person, every time I hear that song I ask myself, Is there any middle eight that dominates relative to the song into which it’s set, that is so far greater than the rest of the song, than this one?

You may have your own relatively most-dominant middle eight to suggest. REMEMBER: This is different than simply your favorite middle eight. I’m looking for songs that you find possibly saved by the middle eight. You might say, “the break is worth the price of admission.” Let’s hear it! 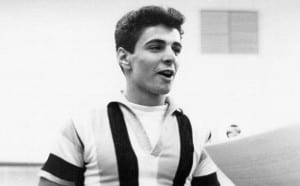 As you surely know by now, lyricist Gerry Goffin, half of the legendary Brill Building songwriting team with ex-wife Carole King, died yesterday at 75 years old. I’ve got nothing profound to say other than the obvious things: he wrote many excellent songs, 75 is too young to die, he was a great…man. I especially love “Up on the Roof,” which captures the sound of the city the way rock ‘n roll songs rarely do these days. 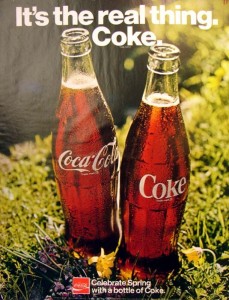 Even better than the real thing?

Okay, so for whatever reason, the only thing I can listen to lately is my entire oeuvre of Sonic Youth. Wait a minute, wait a minute, I know, most of you lot don’t like them. That’s not the point.

So that got me to thinking: What are other songs that one-up the influence? Which tunes distill the shape and inspiration to manifest and encapsulate the essence of their model? Fill in the blank: ________is the best thing______never wrote.

END_OF_DOCUMENT_TOKEN_TO_BE_REPLACED

I love Lou Reed’s “Satellite of Love.” I love the song, I should say, as performed by Lou Reed. There’s something inherent in its structure that draws me in whenever I hear him perform it. However, to my ears, there’s not a definitive version of the song. My love for the song is due to an accumulation of the song’s structure, or DNA, if you will, and multiple recorded versions I have heard. I don’t know if there’s a song like this for you.

The original, commercially released studio version from Transformer is pretty damn good, but like the rest of that album (beside the exquisite “Walk on the Wild Side”) I feel it suffers ever-so-slightly from David Bowie‘s razor-thin production and Lou’s campy performance. The twinkly piano style is not exactly my cup of tea either. To me, these factors bring an A song down to a B+ level.

END_OF_DOCUMENT_TOKEN_TO_BE_REPLACED

Following up on a story about the passing of the guy who wrote “Along Comes Mary,” Tandyn Almer, has unexpectedly turned me on to a bunch of great songs I’d never heard before — and one or two I’ve always loved that it turns out Tandyn wrote, in whole or in part. (“Shadows & Reflections”? “Sail On Sailor”?  Almer co-wrote both of those.)

Too many online remembrances and feature stories have focused on the more curious and “newsworthy” (in a VH1 Behind the Music kind of way) aspects of Tandyn’s life, and that’s a shame. By all accounts, he was happy and well liked, and that’s what really matters. A good, and seemingly well informed, accounting of Almer’s accomplishments can be found in this excellent career retrospective/obituary, found somewhat strangely on a Catholic faith-related blog.

Anyhow, I guess I just wanted to pass along my respects for a great artist I basically knew nothing about until today. Being able to hear the original Eddie Hodges version of “Shadows & Reflections” alone — that was totally wonderful; what an awesome arrangement! (Also, check out “Butterfly High,” a psychedelic masterwork performed by Hodges and Almer under the most excellent band name “Paper Fortress.”)