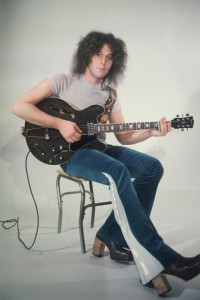 Unlike The Millennium, Crabby Appleton was well equipped for playing live. Fennelly disputed my assumption that the band’s power pop sound was a little ahead of its time. What do I know? “We were very well received,” he remembered. “We rocked. We were best received where they knew ‘Go Back.’ Our sound wasn’t really out of place. People accepted quite a broad spectrum in the early ’70s.”

On the other hand, as he Fennelly discusses on his Facebook page, the band’s reception on the road did rise and fall according to the regional standing of the band’s records in the charts:

Crabby’s touring life was bi-polar. Not sure if other bands expericed the road in the same way. But our hit record was sporatic, as far as location/popularity. We’d have the number 3 record in some markets and be unknown in others. So, we were Gods in Salt Lake City and nobodies in Ogden. One night, we’d be playing to 18,000 enthusiastic fans in Miami and then the next we’d play to five bored guys, more interested in their beer than us, in ‘Mr. JB’s’ on the highway. It was schitzo—but it kept us humble.

The week following my rediscovery of Crabby Appleton was fascinating, for me, at least. I found myself piecing together details of Fennelly’s music career and my run-ins with it. I realized that his first solo album, Lane Changer, was included in Trouser Press magazine’s January 1980 review of “Some 1970s Albums You Might Have Missed,” alongside New York Dolls‘ debut, Emitt Rhodes’ debut, Mott the Hoople’s Brain Capers, and a number of other albums I would track down on their recommendation. The album continued Fennelly’s skills for mixing melodic, poppy music with hard rock. It was produced by Chris White of The Zombies and involved members of that band and Argent. Creatively, Fennelly reports it was as good a mix for him as it might have seemed to be based on shared musical styles. As he explains in more depth on his Facebook page:

Chris was easy to work with and had (as you would imagine) a great songwriter/musician’s ear for what each song required, and even better, what each song did not require, as far as production was concerned. The engineer we worked with was great. He was experienced in recording distorted rock sounds (an issue with some of the Elektra engineers for Crabby, who were often trying to clean everything up).

Fennelly’s solo career got lost in the 1980s, but he continued writing and recording. “I played around LA through the ’80s. Couldn’t get a nibble. It was hair metal cookie-cutter bands then.” He expects a good deal of his unreleased tracks from this period to see the light of day in the coming year.

Next…Michael Fennelly joins in on some Dugout Chatter!