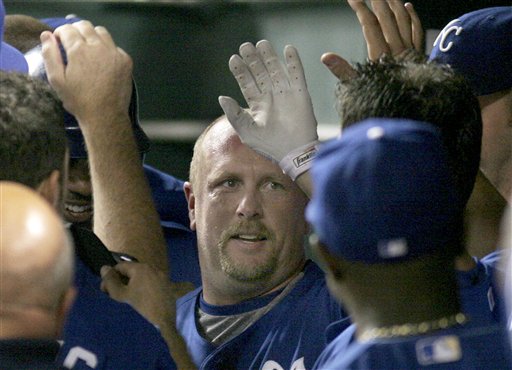 I did some quick research to see if I could identify the at-bat intro music of Phillies game-breaking pinch-hitter, Matt Stairs, Professional Hitter. As well as Dodgers’ manager Joe Torre has played the theme songs of his veteran bench players, Phils’ skipper Charlie Manuel grabbed the turntable and proved he is the DJ. Check out his killer selection after the jump!!!

David Byrne’s uptight, control-freak inclinations are well-documented. (I had the dubious pleasure of watching him curse out tech-crew guys at a show at the Merriam Theatre a few years ago.) Nevertheless, while I find his newish status as an indie-rock elder statesman a little weird – considering, among other things, how well Talking Heads integrated themselves into the mainstream in their time – it seems to have brought out a kinder, gentler Byrne to the public sphere. His blog is interesting, if at times long-winded, and his recent interviews show a person genuinely interested in answering the questions and even engaging the reporter in something resembling a conversation. The most recent example is in New York Magazine.

What do you think of pop music right now? Do you consider yourself a pop musician?
I still do! And I’m totally fine, actually, with pop music right now. I like Justin Timberlake’s song, and — what is it, Christina Aguilera, “Ain’t No Other Man”? A pop song for me has to be like a watch, perfectly constructed, and some are, and then some, like that Beyoncé one, “Irreplaceable,” there’s one point where she rhymes a word with itself, which to me is just jarring. It’s like, Wait a minute, you can’t do that! You have to find a word that sounds like it to rhyme! You can’t rhyme “you” with “you.” Anyway.

Does it bother you that many people’s first association with you is that time?
Obviously, I’d like it if people had a wider view of what I’ve been doing throughout my life, but I’m also pragmatic; I know that, to some extent, that was when the stuff I was doing had its widest impact.