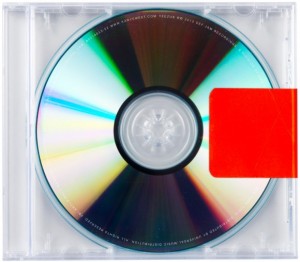 Here’s another WTF cover. This one is even less appealing that Bowie’s cover. Kanye West tends to annoy the crap out of me, and once again he has succeeded. I don’t care that he’s comparing himself to Jesus or spouting off words Paula Deen couldn’t admit to saying 30 years ago (not that I have anything invested in that joke of a story) or threatening to upset our cocktail party with his mob of black skinheads. The guy hogs a ton of media attention, yet I don’t believe I’ve ever heard a single measure of music out of him that is in any way interesting to my ears. To be honest, I couldn’t muster up a bad attitude over the latest Kanye West album based on this album cover. I already had a bad attitude the second I heard he was dropping a new release. This album cover displays too much “F” without enough “WT.” Pass.