As we enter the final hours of voting in Rock Town Hall’s tournament to determine—once and for all—rock’s greatest backing band I bring you the videos Mr. Moderator doesn’t want you to see!

An anonymous source reports that he has been contacted by Mr. Moderator regarding his publishing company’s broad “web-scrubbing” abilities. “The Moderator wanted to know,” said the anonymous source, “how my company manages to claim copyrights on videos in which I have little to no involvement and get them pulled from the web.” The source continues, “I didn’t put 2 and 2 together until you called, but it was weird when he asked, ‘How would you, for instance, go about scrubbing a James Brown video from YouTube?’ He’s a weird fucker—and I’m not referring to James Brown.”

Here’s one of the videos Mr. Mod allegedly attempted to have removed from YouTube:

Following the jump is a video he pursued for removal even more vigorously.

END_OF_DOCUMENT_TOKEN_TO_BE_REPLACED

The opening synth squeaks and electronic handclaps of “We Take Care of Our Own,” the kick-off single from Bruce Springsteen‘s Wrecking Ball album, makes me wonder if Bruce and His E Street Band have been hi-jacked by Modern English. The mix further ups the play for a “contemporary” sound with tepid use of early ’90s-style vocal echo gently nudging along The Boss’ opening lines. Springsteen and His occasional repetitive synth riff songs (eg, “Born in the USA”) are strange birds in the catalog, but the repetition allows the “visionary” furor of His lyrics a chance to develop into something admirable—if you can get through the bombast of the songs’ opening minutes. I feel that’s the case with the new single.

So much about the song’s arrangement screams OUT OF TOUCH, but you know what? Ever since I saw the song performed at the start of the GRAMMYS, minus some of the cheesy studio trimmings and plus all the spirit provided by a brigade of trim, exuberant, middle-aged musicians I forgave the song’s sins; I forgave Springsteen’s never-ending efforts at encompassing humanity’s slim, profound hope in the face of epic struggle. In fact, as I find myself doing once a decade or so with Springsteen and as I did that night watching the opening of the GRAMMYS, I embraced his never-ending quest of painting humanity in an admirable light. Someone’s gotta do the job he does. It’s worthy work in a world full of shallow, hateful ploys for notoriety—and you can tap your foot to it.

Modern-day Springsteen records and TV appearances make me want to get in shape: exercise, eat healthy, buy some new jeans. They make me feel like sending the kids off to my parents’ house so I can get in some quality time with the wife. They make me want to do something useful for society, like hammer some nails into studs or whatever at a Habitat for Humanity site. When the E Street Band backs up Bruce’s “whoas” on “Wrecking Ball” with their own exhortations I want to go on Facebook and look up that girl from North Jersey I had a crush on freshman year. But what are the odds I’d find her? She had a common Anglo name, and beside, she’s probably married now.

After a run of disposable John Mellencamp hoedown-style songs involving, I believe, musicians from The Seger Sessions and more recently outdated ’90s touches like samples of “authentic” African American field hollers and whatnot, a song called “Land of Hope and Dreams” caught my ear. It features, I presume, one of Clarence Clemons‘ last recorded sax solos, which I found surprisingly moving. The album’s Rock ‘n Roll Iwo Jima moment coalesces on this song, with the band’s stately, manly majesty; the folksy stringed instruments of add-on E Streeters; and an implied robed choir leaning in toward their gritty leader. At times like this Bruce should run for President.

Then, just as I’m ready to pull the lever and vote Boss the album closes with “We Are Alive.” The cornball optimism, unanimity, and sense of purpose go overboard as a twangy Hollywood Western movie  guitar-and-whistling intro kicks in. Springsteen’s sense of “we” has expanded well beyond the romantic, personal or tribal notion of the word in his earlier works. I rarely felt part of his original “we,” but I knew who they were. When he sang in the first person plural—”baby we were born to run”—”we” referred to the song’s narrator and his girl, or the narrator and his social scene or community, any extension of his hometown. Over the years Springsteen’s community, or perhaps perceived constituency, has grown to encompass the entire United States. The fact that Bruce tries to bring all of us, all of our concerns and hopes and dreams under one big tent is often admirable, sometimes inspiring, but ultimately suffocating. It’s one thing to find myself standing next to a Candy or a Spanish Johnny now and then, but quite another to be standing shoulder-to-shoulder with the hard-bitten, anonymous masses waiting for deliverance from the Ballad of Tom Joad set with an encore of “Rosalita.” 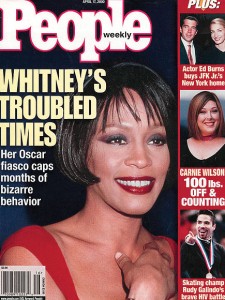 END_OF_DOCUMENT_TOKEN_TO_BE_REPLACED

In revisiting past record reviews I’ve had published on Wilco albums through the years only one failed to capture my attention for more than a few minutes, my least favorite Wilco album, Sky Blue Sky. I’ve got to give it to the band for their consistency. I’ll leave it to you to give it to me for my own. Following is a review of Yankee Foxtrot Hotel that appeared on a now long-defunct music blog that’s better left forgotten.

END_OF_DOCUMENT_TOKEN_TO_BE_REPLACED 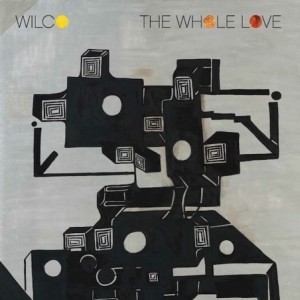 Although I’ve never been a full-blown fan of the band, I’ve made a habit of keeping up with each new Wilco release, buying about two thirds of their albums over the years. The band’s latest album, The Whole Love, has been in my rotation the last month.  It’s my favorite album by them since Summerteeth. That doesn’t mean I like it without reservations and anxieties that a man my age should not experience over a rock ‘n roll album. But I do, and you know I will share.

In the coming days I will revisit some of the band’s earlier releases, pulling out my original reviews at the time of their release. I hope you find the development in my views on the band enlightening, but let’s start in the present tense…after the jump!

From the Sky Down, the new U2 documentary, covers the band’s early ’90s rebirth from massively popular, if slightly derided, Irish cowboy-mystics to massively popular, if slightly begrudgingly respected (by those few, like yours truly, who’d spent the latter half of the ’80s deriding them), international multimedia mavens. Although short on details for the non-fanboy (eg, band members often talk off-camera with no identifying text or image, leaving someone like myself to try to put a face to similar-sounding voices), the film is a heartwarming celebration of rock ‘n roll band brotherhood and the creative process.

In the first 40 minutes of From the Sky Down the band members take themselves to task for pretty much everything my band of rock ‘n roll brothers and I took them down for during the height of The Joshua Tree through Rattle and Hum era: the overly serious, sepia-toned band photos and the perception of rock imperialism and latent expertise concerning American roots music. About the only things they don’t excoriate themselves for during the late-’80s are the loosely tied ponytails and sleeveless shirts with vests. If you’re into that sort of thing, DVR this bad boy and wait until the family’s in bed!

END_OF_DOCUMENT_TOKEN_TO_BE_REPLACED

This is terrible, this may be the worst attitude I’ve had about a new release in years. It’s been 2 weeks since I purchased Nick Lowe‘s new album, The Old Magic. I’ve yet to spin it. As anyone who knows me and my Insta-Reviews can tell you, “KingEd don’t sit on new releases for 2 weeks.” OK, I sat on a pile of Robert Pollard-related releases sent to me by Townsman kpdexter for too long, but that was because life was crazy busy, not because I had a bad attitude about listening to Pollards then-latest 19 albums.

I’ve got a real bad attitude about this new Nick Lowe album. Let’s start with the first contributing factor: