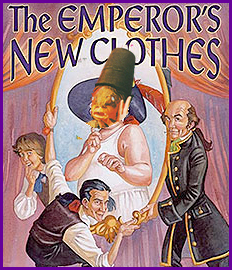 With the recent turmoil over who’s RTH this is I thought I’d offer myself up as a sacrificial lamb in an effort to bring everyone together…against me.

Trust me, I realize that I may very well be committing some sort of rock nerd harikari (spelled correctly, looked it up.) Beefheart is god! Right?

Not to my ears. This is truly an emperor with no clothes as far as I’m concerned. I was considering offering this discussion up as “What’s the Deal with Capt. Beefheart” as a lighthearted attempt to gain some insight as to how to appreciate this blowhard. But once I started listening to some “songs” to use, I just got pissed.

I mean, the shit that went down in Dachau was bad. Really bad shit. But almost as bad was this from the Allmusic 5-star album Trout Mask Replica:

I’ve tried for crissake. I’ve tried. You can’t know Mr. Moderator for almost a quarter century and not try. I have only very recently confessed my very deep dislike for this guy to him. I know its uncool. But I can’t sit by any longer and not let this out.

Allow me to set the stage here. I am not including Safe As Milk in this discussion. I own Milk on wax, haven’t listened to it in 20 years but recall liking enough. I think most of ya would agree that post-Milk is the Beefheart of legend.

From Milk and cool as all get out:

Second I’d like to say that there there are avant-noise-rockers that I dig. I don’t know if there’s a “genre” here (if so, enlighten me) but I LOVE both Pere Ubu’s Modern Dance and Dub Housing. I LOVE all three of PIL’s first albums. I spin all five of these several times a year.

I dig The Residents. Not so much for musical reasons but for their overall thang. The concept, the films, the Look… Even so, I probably spin at least one Residents album per year. If I hadn’t lost my Snakefinger disc, I’d probably spin it even more often.

Throbbing Gristle? OK. I dig their “greatest” especially Blood on the Floor.

So by now I’m hoping I’ve earned at least a few rock cred points in this category, if it even is one.

But Beefheart?! It’s all pop and buzzes to me Ringo. I don’t even have any sort of innate respect for the guy. I know I may simply “not get it” but man do I not get it.

Maybe the problem is that I never gave Beefheart a try while I was still in the day. I never sparked one up and grooved on how fuckin’ weird this dude is.

But if the dude rules, shouldn’t I be able to get into him at any time? Isn’t good music timeless?

At the risk of losing a few of the points that I may have gained above, I’ll admit that I got into The Beach Boys waaaaayyy late. Largely due to my dad being a fan and taking me to see Mike Love’s Beach Boys in 1978. Fuck me awful.

Anyhoo, once I opened up and gave Pet Sounds a fair listen I fell in love. I suddenly got it and grabbed pretty much everything from 65-71. So I got into them late is my point but I got into them.

I’ve tried and tried and am trying as I type to get into the Holy Grail known as Trout Mask Replica. This fucking thing is so well known as a masterpiece that you can buy it through BMG. BMG! fer crissake. “Normal” folks that want to try something “different” are probably buying this thing and thinking we’re all bunch of assholes! This is one of the shittiest albums I’ve ever heard. Seriously.

Flame on. I can’t argue “alternate tunings” or “7th note scales” or shit but if you have to resort to that sort of thing, doesn’t that say something?

I swear to you, I’d rather listen to Loverboy. I swear.

35 Responses to “Bullshit On: Captain Beefheart”