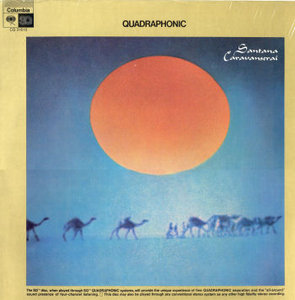 Here’s one hrrundivbakshi and I should check out!

RTH: Both quad and 5.1 are or were promoted as “surround sound.” 5.1 seems to have won the technological battle. Is quad better, and if so why?

armyofquad: First of all Dolby doesn’t = 5.1. There are other 5.1 digital formats. But I’ll spare you all the boring technical details. One of the differences between quad and 5.1 is the number of channels, with 5.1 you have the addition of the center speaker and subwoofer. I’ve found that the center speaker isn’t essential, but there are benefits to having a center. The subwoofer can be helpful with the low end. But, it isn’t necessarily essential to have a subwoofer channel; most systems with a sub will feed the sub from the other channels using a low pass filter, so you don’t need a designated channel devoted to the sub to enjoy the benefits of it. The biggest difference between quadraphonic and modern 5.1 is the technology. Releasing quad onto tape was easy enough, just use 4 tracks. But the real challenge for quad was releasing things on the common format of the day, vinyl. There were several different formats for quad vinyl, with 3 of them being the most common, SQ, QS, and CD-4 (also called Quadradisc). They each had their limitations, and were basically different ways to try and get 4 channels of audio onto a 2-channel format. With modern digital technology, there aren’t the same limitations that had to be dealt with in the days of vinyl. You no longer have to figure out a way to get 4 channels of audio onto something that can really only hold 2. 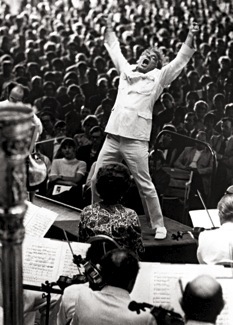 Lenny is fired up over quad!

RTH: Do you remember the first quad album you bought to hear on this system?

armyofquad: Finding quad recordings was a bit difficult before I discovered eBay. My first quad 8-track tape was Highlights from Leonard Bernstein’s Mass. In high school I was in the marching band, and our show’s theme my senior year was Leonard Bernstein’s Mass, so that one grabbed my attention when I saw it for sale on a website somewhere.

RTH: Could original quad mixes of albums like Metal Machine Music be issued in 5.1 format, possibly with the center channel suppressed?

armyofquad: Yes. You can leave the center and sub channels blank and issue quad mixes on DVD, or other digital formats. That’s exactly what is being done with this Metal Machine Music reissue. You don’t have to use all channels when creating a 5.1 disc. But, at times some discs have been issued of quad mixes with center and/or sub channels derived from the quad channels.

armyofquad: Well, I’d probably put Metal Machine Music into that category. To me it makes sense that Lou created a quad mix of Metal Machine Music, but that it was released, and released in quad, is a bit of a head scratcher. I’m very glad it did get a quad release, though.

Another one I find particularly strange is a quad release of John Cage’s Winter Music. Winter Music is a piece for piano that consists of 10 pages of music with different chords on them and spaces between the chords. It can be played by 1 to 10 musicians, each musician grabs one or a few pages and plays the chords. There is no indication of dynamics on the music, or the amount of time that should be waited between chords. As you can see, randomness is a large part of this piece; no two performances would ever sound the same. This particular recording, the musician played the piece four times, not listening to the previous performances when recording the next one, and one is put in each speaker. It is an interesting idea to record it in that way, and it is interesting to listen to. The idea of recording a piece of music that is never supposed to sound the same for any two performances is a bit silly, though. It also makes me think of the John Cage interview I once saw where he stated he disliked the idea of recording music, because he once overheard a kid at a performance of a Stravinsky piece conducted by the composer state “that’s not how it’s supposed to go” due to the kid being used to a particular recording. 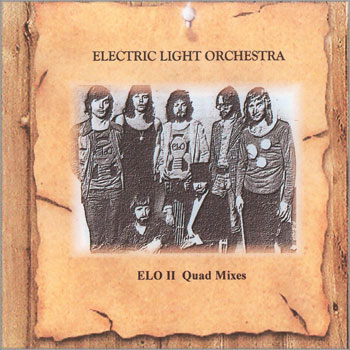 This one will spur alexmagic to try quad!

RTH: Is there music more or less suited for quad? It seems like the point of quad or surround sound is the feeling of being immersed in music. So is something like MMM the perfect music for the medium? Is rock music, based on the image of a band onstage with the music coming at the listener from one direction, the “wrong” music for quad?

armyofquad: There can be varying opinions on this, but I think most kinds of music work great in surround. There is a big difference in seeing a live performance and listening to an album. Albums are studio creations, different takes are recorded, parts overdubbed, sounds tweaked, which is very different from a live experience. As many have demonstrated, one could really use the recording studio itself as an instrument in the creation of an album. When you add surround sound to that, it expands the possibility of what you can create in the studio, allowing you the freedom to place instruments and sounds anywhere around the listener. There are people that prefer stereo to surround, because they feel its “unnatural” to hear something come from behind you, when at a live concert you would see the band in front of you. It’s a personal preference thing. But, I must also point out there have been live concerts done in quad/surround. Pink Floyd and ELP have done quad concerts.

RTH: Is there any one album that you wish could be released in quad or some other surround-sound format that never has been?

armyofquad: Many. I could make quite a long list of things I wish I could get in surround. In particular, I’d really like to hear Stereolab’s albums in surround. Their music just screams for it.

RTH: If someone wants to try checking out quadraphonic sound, how would you suggest they get started?

armyofquad: I would suggest reading up on it a bit. There is a wealth of information on www.quadraphonicquad.com. You want to know a bit more about the various formats and equipment so that you know what you’re buying before putting any money into putting together a quad system. It might be better to start by getting a modern 5.1 system (still doing research before buying anything). There have been many DVDs, DVD-As, and SACDs of surround music put out that one could easily play by purchasing a 5.1 system and the correct players. Oppo makes a nice blu-ray player that can play SACD and DVD-A. Also, for those that want to get into quad, but don’t want to track down hard-to-find, out-of-print recordings, deal with vintage decoders, and figure out how to properly setup and calibrate decoders for quad vinyl, there are many of us that convert quad material to newer digital formats as hobbies, and share these. I’m not sure how much discussion of bootlegs is allowed on your site, so I won’t go into too much detail. But with a little searching and asking, one should be able to find these things.

RTH: Finally a somewhat funny question before we enter our Dugout Chatter segment, but how deep are you into surround sound? Can you still listen to regular albums in stereo, or do they leave you wanting too much?

armyofquad: I own many stereo CDs and records; there’s no way I could give them up. I listen to music for the music first. Surround is the icing on the cake. However, there are many times when listening to something in stereo I find myself wishing I could hear it in surround.

RTH: Following are some questions in our Dugout Chatter segment.