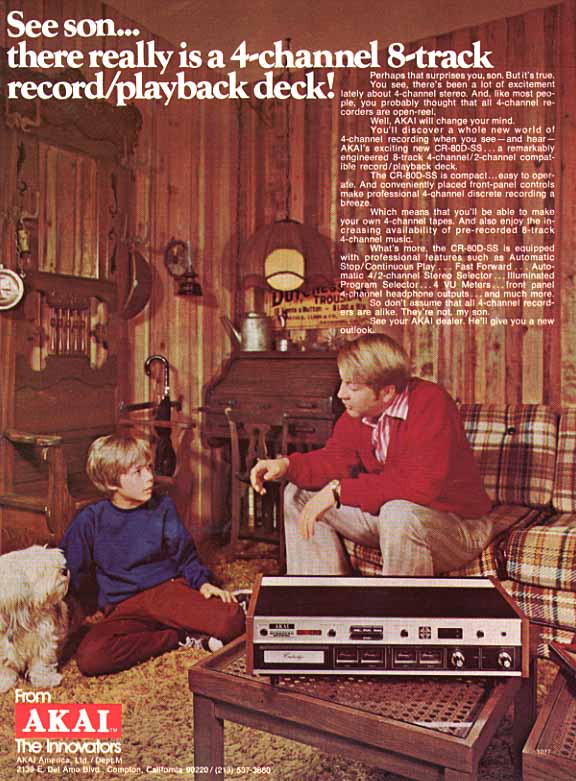 Among the many joys of moderating Rock Town Hall is getting turned onto musical perspectives new participants who stumble into our hallowed halls feel comfortable putting on display and then possibly getting to know a bit about the people themselves. There’s so much an opinionated rock nerd like myself can assume and so many opportunities for those assumptions to make an ass of you and me. The outrageous assumptions we make can be an ongoing source of fun, provided they allow for some true dialog.

A recent thread by Townsman BigSteve on the reissue extravaganza surrounding RTH icon Lou Reed‘s Metal Machine Music gave me yet another chance to have a giggle, in part, to cover my ignorance on the subject at hand. To my surprise and delight, however, the topic attracted a new Townsperson to our ranks who goes by the RTH handle armyofquad. His personal tale in the Comments (read here and here and here) of helping to instigate the reissue of this controversial album in many of the formats in which Lou intended his work to be heard was both inspiring and too interesting to let slide with nothing more than our beloved giggles. I contacted armyofquad offlist to ask if he’d be willing to field some questions from a music lover who’s gone 46 years being completely ignorant of quadraphonic sound and newer surround-sound media.

Talk about assumptions, I assumed armyofquad was at least my age and possibly even one of those “audiophile asshole” guys I dreaded from my youth, you know, the kind of guys who were more interested in Japanese imports of some godawful fusion band because it highlighted the highs and lows of their kick-ass hi-fi system. It turns out, he’s 30 years old, a musician himself, and a lover of music itself before the technology. As is so often the case, I was happy to learn that I am an idiot who still can’t get past a few teenage scars!

BigSteve, another intelligent Townsman who’s less likely to make broad assumptions and who’s also managed to learn little to nothing about quadraphonic sound in his years in front of stereo speakers, contributed to the following questions. Townsman armyofquad provded answers that he hopes will not get too technical for our fellow neophytes. I hope you enjoy this chat with a fellow Townsman over a musical niche as much as I did. As a takeaway message, as long as we keep an open mind to new perspectives, our ribbing is doing its job to “tenderize” ourselves to true rock dialog rather than simply hardening our armor with snark. Let’s get it on, shall we? 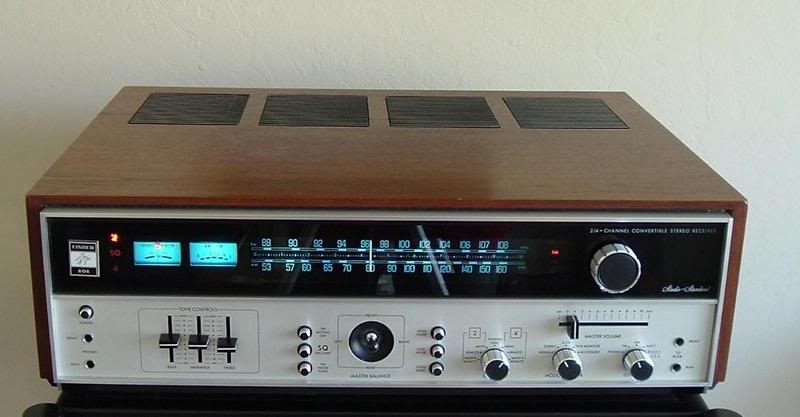 RTH: Thanks for agreeing to discuss your interest and experiences in quadraphonic sound. As a guy who’s challenged by all audiophile issues, some of these questions are likely to be “dumb.” But as a math teacher once told me, “There are no dumb questions, only dumb answers.”

Because we met you through the recent Metal Machine Music thread, let’s start with Lou Reed in quadraphonic sound. Did Lou release anything else in quad? Is there a non-quad Lou Reed album you’d most love to hear in that format?

armyofquad: Metal Machine Music is the only Lou Reed album to have been released in quad. I would love to hear more Lou Reed in quad or surround. I think Transformer, Rock ‘n Roll Animal, and Berlin would be great in surround.

RTH: You said in our MMM thread that someone gave you a quadraphonic system and that you got into the format that way. Did you have an interest in any other high fidelity systems prior to that, or was quadraphonic sound your
first foray into a deeper level of appreciating recorded music?

armyofquad: By the time I had gotten that first quad system when I was in high school, I had already gone through a few different older stereo systems that were handed down to me by family members. When I got into college and got on the internet, that allowed me to start more research into quadraphonic, and sound systems in general. So, I certainly already had an interest, but while I was getting into quad I also at the same time got more into high fidelity, and picking up better stereo equipment to try a piece together a better system. My current system continues to be a work in process.

RTH: What is the rationale for quadraphonic sound and current-day formats, like Dolby 5.1 sound? We only have two ears, so isn’t stereo sound natural
and ideal?

armyofquad: The “2 ears” argument is a common argument from some. There are still those that will claim mono is better than stereo. But, in the real world, sound surrounds us. We have the capability of detecting whether sound comes from in front of us or behind us with our 2 ears. Surround sound offers someone more freedom when creating an album in the studio.