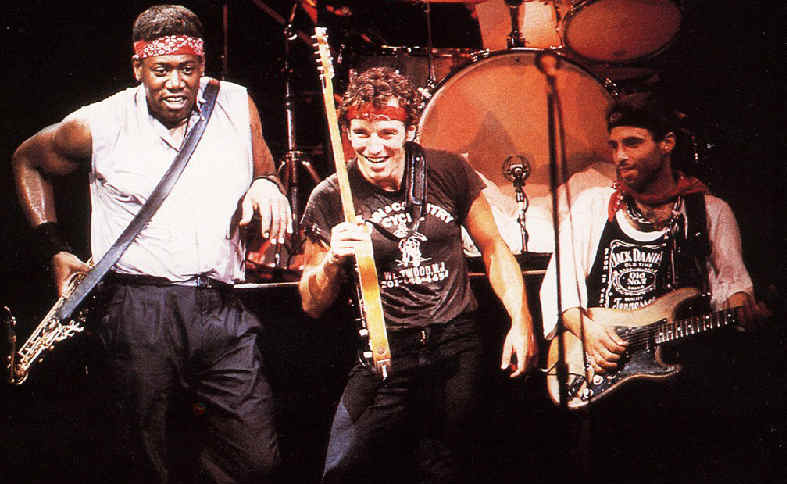 “The Boss was reluctant to go the bandana route,” recalls Wheeler, “but He had little choice if He was going to continue in His aesthetic journey.” The original back cover shot for his new album, Born in the U.S.A., initially featured a bandana in His back pocket, but a baseball cap was airbrushed in at the last minute. “Bruce and His handlers weren’t sure if the bandana had the right connotations,” said Wheeler, “they thought it might be too ‘biker.'” 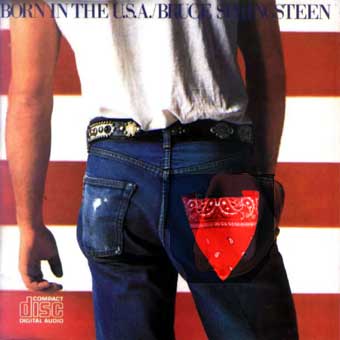 Original back cover shot for Born in the U.S.A.

Wheeler picks up the story and introduces his new work in our Stations of The Boss series…after the jump!