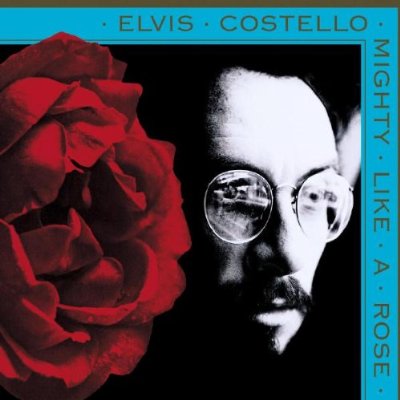 Mighty Awful or Mighty Underrated? You Make the Call!

This year marks the 20th anniversary of EC’s Mighty Like a Rose. I haven’t listened to it in, oh, I don’t know, 10 years or more. Maybe Mod, with his new-found respect for Mitchell Froom, will find it a heretofore neglected masterpiece. Maybe it will have more than the one song I remember thinking was any good. (Couldn’t Call It Unexpected.)  Let us rethink Mighty Like a Rose, and revisit Bearded Elvis of the summer of 1991. (I saw him twice–twice!–on that tour, with the Replacements opening.) 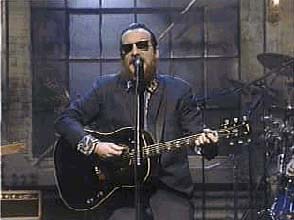 How To Be Dumb?

What was it about this record? The dodgy production? The ugly cover? The beard? The overwrought arrangements? The unwelcome presence of Marc Ribot? The undercooked songwriting? I mean, for instance, did it really take Elvis Costello and Paul McCartney to come up with “So Like Candy”? Let the critical reassessment/feeding frenzy begin!

In this week’s early edition of Saturday Night Shut-In Mr. Moderator takes to the virtual airwaves to testify, I guess you could say. It’s a long shot, but if what they’re saying comes true and the world begins crumbling around us, we may not have much time to enjoy this week’s episode. So strap in for a longer-than-usual journey, in which your host unloads with some loving and possibly final thoughts that he wants to make sure get out there while there’s time. 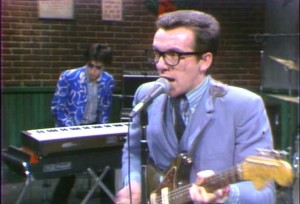 Hero Ain't Nothing But a Singer-Songwriter

A few month ago, when this show was announced, I had my doubts. That night my wife, interrupted yet another of my dinnertime rants and said, “Maybe he’ll play more of his old songs if he’s going to use the spinning wheel.” We considered going to see Elvis Costello on his Revolver Tour after all, even bringing our boys. It might be the last, decent Costello show the world will ever see, we concluded, ominously, envisioning a similar future scenario a friend experienced a few years ago, when he took his son to see a battered Bob Dylan, the Shell of His Dylan, making no effort to engage his audience, playing barely recognizable versions of any songs people wanted to hear and a bunch of stuff off his last half dozen “comeback” albums, that is, albums that have had the good sense not to tone it down and not stomp out the remaining sparks that fly off an artist who once shone as bright as the sun.

Three songs into Thursday night’s Elvis Costello & The Imposters’ show at Philadelphia’s Tower Theater, with a setlist dictated, in large part, by the the Spinning Songbook I realized the joy and sense of satisfaction that I was feeling would carry me through whatever post-Nick Lowe–produced lowpoints the wheel might dictate. After storming out of the gates with a 4- or 5-song pub rock reaffirming segue that included “Hope You’re Happy Now,” Lowe’s “Heart of the City,” and “Radio Radio” he called his first audience member up to spin…”Human Hands”! The wheel was especially giving to fans of Get Happy!! and Imperial Bedroom, culminating in a 4-song “Time” set of “Clowntime Is Over” (slower, B-side version), “Strict Time” (!!!), “Man Out of Time,” and The Rolling Stones‘ “Out of Time.” The majestic “Man Out of Time” is a song that has ever-increasing personal relevance as the high heel that was a young me is ground down. Hearing it helped me put a lot of my emotion-packed day’s events in perspective. At this point in the set I knew that the initial burst of joy would not be exhausted.

END_OF_DOCUMENT_TOKEN_TO_BE_REPLACED

I’ve never seen this clip of Elvis Costello & The Attractions playing “I Can’t Stand Up For Falling Down” before. It’s from a 1980 appearance on England’s Kenny Everett Show. I’ve never heard this version before. Is it an outtake or recording they made especially for lip-synching on the show?

We ran the following clip, also from the Kenny Everett Show, some time ago. If memory serves it was another video-only mix. I’d love to find a straight audio clip of this version of Nick Lowe‘s “So It Goes”: END_OF_DOCUMENT_TOKEN_TO_BE_REPLACED 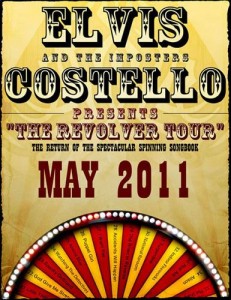 Now I take that back. END_OF_DOCUMENT_TOKEN_TO_BE_REPLACED 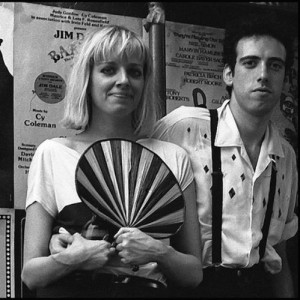 For instance, I wish I could hear a few more albums produced by Elvis Costello, who somehow made both clear and extremely simple the clutter of The Specials‘ debut. He also produced the only (in my opinion) fully enjoyable Squeeze album, East Side Story, which was engineered by Friend of the Hall Roger Bechirian.

Andy Partridge is another artist I’d like to hear produce a few more albums. I’m a big fan of his work on Peter Blegvad‘s The Naked Shakespeare and Martin Newell‘s The Greatest Living Englishman. I wish he’d have taken the reins on his own band’s albums beginning with Skylarking, but that may have eliminated him from this discussion.

As far as I know Ray Davies only produced one album for another artist, The Turtles‘ Soup album. That’s a winner, but considering Kinks albums are typically no great shakes in terms of conventional recording techniques I’m not sure Davies had that much else to offer.

David Bowie has proven himself a pretty lousy producer, or at least a less-than-satisfying one, in his work with others. I’m not saying the bass-heavy version of Raw Power rectified the shortcomings of the original mix, but it’s still hard for me to fully enjoy that album. His production work on the biggest-selling singles by both Mott the Hoople and Lou Reed is amazing, but I’m not a big fan of his work overall on their albums.

Which artists do you wish you could hear more—or less—of in the producer’s chair?