Nine things I like. Do you have a tenth?

Was Fear‘s 1981 performance on Saturday Night Live the first example of the Made for TV Pit Audience phenomenon, which has become de rigueur for VH1 spectacles, the Super Bowl halftime show, and the like? You know what I mean by Made for TV Pit Audience, right? It’s the elite group of “insiders” of an artist’s fanbase who are strategically encouraged to rush the otherwise guarded pit area so they can show the rest of us how the featured artist truly deserves to be admired and adored.
I suspect something’s missing in the story of this “anarchic” Fear performance on SNL. The hardcore kids slam dancing and stage diving didn’t just happen to get tickets to that night’s performance, did they? They didn’t just happen to be standing at a cleared-out spot at the foot of the stage. They were audience props. They were actually the reason for booking Fear, despite whatever story has long been told about Belushi wanting them on, which may in itself have been true. Fear’s appearance on SNL would have added up to nothing without those hardcore kids placed in the pit to show the rest of America how it was done. 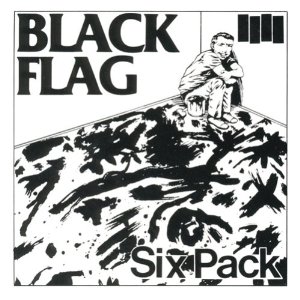 We know a 1-hit wonder when we see one, but are there instances where, for you, a single song adequately represents an entire genre?

As ill-informed and narrow-minded as this notion can be, that’s how I feel about Black Flag‘s “Six Pack” adequately representing the entire genre of hardcore punk. The song begins with mildly threatening intro before exploding into a furious rush of tongue-in-cheek, self-deprecating, faux-angry humor. It’s the perfect response to a state of being for many American, middle-class, intelligent, slightly off-center dudes in their late teens and early 20s. To my hardcore punk–limited sensibilities, “Six Pack” says it all for the genre. There are easily a half dozen other hardcore songs I could see myself compiling on my iPod, but, for me, “Six Pack” is a 1-hit genre.

Is there a genre you don’t normally appreciate that is is positively encapsulated in just 1 song?