A picture of Russell Brand, with his self-conscious gaze, sculpted eyebrows, and 5 o’clock shadow jumped out from the pages of Entertainment Weekly yesterday, and I quickly checked to make sure my shotgun was in reach. Although after seeing him a few times on talk shows I’ve come to realize that Brand can be a slightly amusing storyteller, in a poor man’s Peter O’Toole way, that guy really annoys me. Believe me, I know nothing about him (he may be a fantastic human being and all that), but every time I look at him he strikes me as a world-class wannabe! Specifically, he’s a wannabe of a sort that immediately turns me off: the Rock ‘n Roll Comedian.

I can’t put my finger on when, exactly, the notion of the Rock ‘n Roll Comedian was hatched. In the ’70s there were plenty of comedians who were tuned into rock ‘n roll culture: the hippified George Carlin, Richard Pryor, Cheech and Chong… Although they often appeared on the same stage with rock ‘n rollers, partied just as hard, and pushed the envelope of “rock ‘n roll values,” they never seemed to think of themselves as rock ‘n rollers. They ran paralell the Beat/hippie strain of rock ‘n roll, but they didn’t strike me as trying to ride on the coattails of a rudimentary understanding of rock ‘n roll.

Someone probably beat this guy to the punch, but Sam Kinison is the first Rock ‘n Roll Comedian who comes to mind for me, the first comedian who directly promoted himself as a rock ‘n roller. He was occasionally funny, but if rock ‘n roll was about nothing more than outrageous behavior, wild partying, and elaborate headwraps to keep a few dozen strands of long hair in place, then count me out! Along with Kinison the ’80s gave us another hair-farmer comic of moderate talent and poor taste in music, Howard Stern. Whatever…

Maybe more troubling yet was Denis Leary, another comedian of some talent who tried too hard to come off as a rock ‘n roller. What was really so rock ‘n roll about that guy? Did he even inhale his prop cigarette? I don’t think so.

Once that run of ’80s Rock ‘n Roll Comedians got rolling any mildly funnyman was free to make his rock ‘n roll dreams come true: Adam Sandler, Jimmy Fallon, my man Conan… These three axe-wielding comedians, however, bug me much less than Russell Brand, because they’re not equating their work as a comedian with that of a rock ‘n roller. They’re not reducing rock ‘n roll to the human bong resin that is Tommy Lee. Brand does self-consciously play with the notion of being a Rock Star; is he also vying to be an-honest-to-goodness Rock ‘n Roll Comedian? I’m not sure, because I’m turned off by him as soon as I see his preening face.

Beyond Brand, specifically, I don’t know if a comedian can equate him- or herself with rock ‘n roll without making me feel ashamed for loving rock ‘n roll. Comedians can’t really really be cool, can they, and rock ‘n roll depends heavily on being cool. 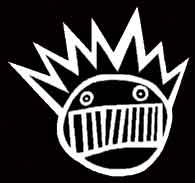 Rodney Anonymous checks in with his views on the union of humor and music.

Being both a victim (although I prefer to use the term “survivor”) and perpetrator of humor in music, has granted me the insight to develop a two-fold theory about the why certain people feel the need to combine music with comedy. For the sake of the following discussion, these theories shall be referred to below as The Weird Al Yankovic Theory and The Frank Zappa Theory, or, if you like, “Theory Y” and “Theory Z” (Please not that both of these theories pertain to INTENTIONALLY humorous acts as opposed to performers like Sarah McLachlan who, although her lyrics never fail to make me laugh, is not actually trying to be funny.

Here is what the two theories hold in common: Just as cartooning has been described as a compromise between the desire to draw well and the inability to do so (or, possibly, the desire to draw dicks on a men’s room wall), it’s entirely possible that “Humorous” music represents a middle ground between wanting to play and or sing well and the complete failure of most of the population (myself included) to be able to do so.

Based on Townsman Mrclean‘s comments the other day, during the Musical Nightmares Come to Life thread, in which he mentioned the nightmare of his old band, The Dead Milkmen, getting paired up with all sorts of “wacky” and “goofy” bands, it seemed right to put aside some time to discuss the role of Humor in Rock. To kick off discussion, a few Townspeople have contributed words on an aspect of humor in rock that they feel strongly about. Other opinions are sure to follow, including your own. Care to chime in with a stance on this union?

As you consider this topic, please make some time to comment on Frank Zappa’s humor. I look forward to your comments.

Does humor belong in music? Emphatically, I say Yes. Bear in mind, I’m among the RTH contingent that not only considers Randy Newman one of the Greats, but also he believes that through humor he gets to the kind of truths that Serious-Minded Rockers couldn’t even come close to grazing. If you’re not down with Newman – he is an acquired taste – you should know I feel the same about The Kinks.

Remember, when I mean humor in music, I don’t mean novelty songs. The key isn’t so much making jokes as it is comic timing. And in fact, I’d argue many of the Accepted Greats of Rock possess this gift: Dylan, The Beatles, The Who, The Stones. (“Baby better come back, maybe next week/’Cause you see I’m on a losing streak” is down to comic timing.)

I lean, then, towards humor that is expressed conversationally in music. So, the elephant in the room, Frank Zappa, doesn’t really register for me. His comic timing doesn’t strike me as tuned to the rhythms of speech as much as the rhythms of the hyperactive xylophone part or crazy time signature.

The humor in the Dead Milkmen music wasn’t labored. It was a natural expression of our selves. I think we often talked about serious issues but tempered the delivery with humor – if only to prevent us from getting weighed down with the shit that was going on. We also thought the hardcore punk scene that we began playing shows in took themselves way too seriously. Our attitude was that this all should be fun.

Rodney is one of the funniest and smartest persons I know. He can think fast on his feet and he still cracks me up!

I think humor brings people together, and by having a sense of humor we were able to bring the crowd to us more. Some bands cultivate the em>”we’re special up here – keep your distance” vibe. We were trying to get to know the local crowd. After all – wasn’t the “punk ethos” something like, “Everyone can do it! Anyone can be in a band!”.

As an aside – one of the items on our “rider” was a local newspaper. This provided a little local information sometimes that we could play off of on stage.

Townsman Scott checks in on the elephant in the room.

Before anybody gets upset, let me reassure you: I have no problem with humor in music. My problem is when the humor isn’t funny and/or when it detracts from the overall appeal of the music.

Zappa comes to mind primarily because, more than anyone else, he always made a big deal about the humor he used. And, more often than not, his humor doesn’t do much for me. Let’s face it – the guy was a dork. That doesn’t mean he didn’t make some good music – dorks often do – but his insistence that he was somehow better and smarter than his audience wears on me.