Like some others here (? [“Indeed,” says Mr Moderator]), Get Happy!! is my favorite Elvis Costello album, and “Men Called Uncle” is my favorite track from that.

For the longest time I thought the opening line was

I thought it was possibly “kiss prints” which would give a similar meaning but that’s not really a phrase you hear.

What a disappointment when I learned that it was actually “newsprint”. Could that actually be it?

I’m looking for a little love in this but also looking for other misheard lyrics that you think are better than the actual.

But don’t turn this into an exercise in mondegreens. No “There’s a bathroom on the right” allowed.

I couldn’t find a good live video of EC on this song but was pleased to find a Robbie Fulks cover (from a show where he apparently covered the whole album).

Recently, I decided to answer a question on Faceblearrgh that nobody had actually asked me — namely: “hey, HVB. Can you name 10 albums that are absolutely perfect?” Like a gladiator, I rose to my own challenge, and, facing myself as disdainful Caesar in the stands, recited my list, boldly, proudly, flawless disc by flawless disc, as the hungry lions circled. I was thoroughly pleased as I watched myself lift my royal thumb towards the sky in approval of my own bold opinions.

But, no, I’m not here to tell you which albums made my list — nor am I asking you for yours. We’re supposed to be above that kind of shit here in the Halls of Rocke Towne.

I will, however, spend a few moments explaining why one album from my list — an album you’ve probably never heard, called “Powerage” — is not just the best album in AC/DC’s career; it may also be one of the best albums ever made.

Howzabout we *not* start with a discussion of Angus Young’s “manic”/“slashing”/“angry”/whatever guitar playing. That is a thing, for sure, but yawn. Ditto for the overall quality of the songs, musically speaking. Those are givens here. No, I want to talk about the lyrics.

Lord knows, Bon Scott has a well deserved reputation for writing leering single-entendres about big butts, crabs, booze, and the general, universe-wide, triumphant reality of feeling good (as opposed to the pointless pursuit of being good, or things that actually are good). But there’s a strong current of Bon’s songwriting that speaks to ordinary losers, and about the stacked decks, con artists, and rich dickheads that keep them down.

To be clear, “Powerage” features a few fine songs about sexual frustration (“Gimme a Bullet”), romantic rejection/betrayal (“Kicked In the Teeth”), actually-scary S&M perversion (“What’s Next To the Moon”) and so forth, and they’re all surprisingly compelling — no, really — but most of the record is about (are you ready for this?) the class war, and whether or not Bon thinks it’s worth your time to fight in it.

Most of the time, he doesn’t seem to think there’s any point. His characters revel in the freedom their lack of status grants them (“Riff Raff”), find humor in their own materialism and harmless hypocrisies (“Down Payment Blues”) — or he sings from his own heart about the perpetual unfairness of capitalism (and his cynical wish to be the top dog), as in “Sin City.”

But, meta-analysis aside, here’s the last point I want to make: Bon’s words *sound* great. Any student of Chuck Berry (as Bon was) knows that’s the really important thing. Do the words sound good? Do they make your reptile brain happy? Are they good to your earhole? Do they make you want to sing along? All across this working man’s hard rock album, the answer to those questions is a full-on, beer-drenched “yes.”

“Powerage” by AC/DC is flawless, and Bon Scott’s lyrics are a big part of the reason why. I have spoken.

I know I’m out of touch with current slang and modern jargon. I know what OMG and LOL mean, but there are too many Internet terms I need to look up. Same for rap/hip-hop slang. I’m glad there’s such a thing as the Urban Dictionary. This all makes listening to current songs problematic.

Then, I heard this song recently:

Yes, South Philly’s, Upper Darby’s, and Villanova’s very one Jim Croce! (And how about those Wildcats last night?!?!)

Listening to it, I realized there are references that might baffle kids these days (or, to quote another Philly legend, Jerry Blavat, the Geator with the Heater, “the yon’ teens in the Delaware Valley”). 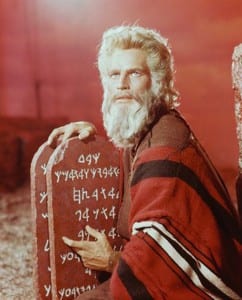 I’m looking for the names of people mentioned in the Bible. The rules:

If it’s not clear from the title of this thread, the following video is Not Safe for Work, excluding perhaps, those of you working as fishmongers and truck drivers. Take caution before clicking Play on this video.Despite becoming a super-square and super-late-to-the-party fan of Ice Cube through his Barbershop movies and other mostly family fare Hollywood movies, I didn’t purchase any of his music until yesterday, when I bought N.W.A.‘s Straight Outta Compton album. I knew a couple of songs from that album and a couple of solo Ice Cube songs from mix CDs friends gave me through the years, and I liked them. However, I objected to supporting any band with a name containing any variation of the word nigger. Despite liking the music I heard from this crew, the band’s name and the frequent use of that word and constant cursing in their songs always struck me as that set of highly inappropriate and unnecessary things out there that I could easily avoid, much like I avoid buying a bag of pork rinds, no matter how appealing those things sometimes look to me.

Well, yesterday I bought this musical bag of pork rinds. I don’t know how or when I’ll be able to listen to this stuff. I don’t support the language, but the music is excellent. I even dig the nasty language in the context of the music, much like I dig extremely foul language and brutal violence in Martin Scorsese’s movies. For some reason, though, watching a movie with NSFW content in the company of other people doesn’t bug me. Listening to music that goes well beyond my personal rules for social engagement, however, is a more difficult hurdle for me to overcome. Why?

Is the way content is framed within a film somehow safer than the way the same content is framed within a song? We don’t drive down the street with our car projecting scenes from Taxi Driver for pedestrians and other drivers to see. Would I subject others to that if I could? I can’t imagine driving down the street blasting a song like “Straight Outta Compton.” That makes sense, doesn’t it?

When can I listen to my Straight Outta Compton album? Can I play it in my backyard with my fellow middle-age, upper middle-class white friends this weekend? Can I play it in the car, with the windows up, as I drive around with my boys, or even alone? Can I play it while I’m cooking dinner? Can I play it on my iPod while I’m working out at the gym? Do I need to beware of the people around me, in case they can hear the music bleeding through my headphones? You know, headphones aren’t my bag.

Do you see what I’m getting at? Do you run across this with certain NSFW music? I like being as free and easy as the next rock ‘n roll rebel, but are there limits?