Rock Town Hall: Hi Steve. Thanks for agreeing to do an email interview for our rock-talk blog. What started 5 years ago as a way for an old college friend and me to keep the late-night-rock-discussions going years after we graduated, 1986, has become bigger than we ever hoped it would. That someone would email me and and ask if I wanted to interview Steve Wynn, and actually be able to make it happen, is a bit bitchin’.

I was going to delve into some web-research on you in preparation, and did a bit, but decided that I really wanted to just ask you questions as the fan I am and not try to impress you, or anyone with my in-depth knowledge of your favorite toothpaste and stuff. Do you have a favorite toothpaste? I don’t.

So I’ll give you a bit of my introduction to your work and then I’ll just ask you a handful of questions that I’d like to know the answers to and hope that our readers do too.

I grew up in Arizona during a time when if you weren’t over 55, drank something brown on the rocks, and listened to Sinatra there wasn’t much to do or to listen to. MTV came along around my senior year in high school but…I went to college north of Chicago and met my now partner in this rock blog scheme. He turned me onto The Velvet Underground as well as The Stooges, XTC, The Undertones, Big Star, and loads more.

He also turned me onto this record store in Chicago called Wax Trax, I think. It was the kind of place where music-dudes that worked there would give you music advice and all of the album tray cards were scribbled with “knowledge” and suggestions. On the tray card for Lou Reed’s album Berlin was “Lou’s best?” I don’t think so myself but that’s subjective. On The Velvet Underground tray card was, and I’m paraphrasing, “If you like VU then check out the modern VU, The Dream Syndicate.” So that is how I ended up purchasing The Days of Wine and Roses. It’s possibly the first time that I bought an album based on a written suggestion rather than a rec from a friend or hearing a track on the radio…

SW: I never understand why people don’t want to talk about their old bands or play songs by their old band. Unless, of course, they HATED their old band. In which case, isn’t THAT a sad story. And it’s not my story. I’m really proud of the music I made with The Dream Syndicate. That was my finishing school, my misspent youth and we made some great records, pushed envelopes that needed pushing and helped to bridge a gap between the music we loved and what came next. I’m sure I’ll play a handful of Syndicate songs at the North Star since I do most every night.

RTH: Were you then/are you still a Velvet Underground fan? I assume so, but what about Lou Reed’s solo stuff? Favorite song(s)? Were you proud of the comparison and/or did you feel it was overused?

SW: I loved the Velvets, although I didn’t really know their music until I was 19. Someone played the banana album and from the first notes, it felt like I was home. So, I was deep in the thrall of their music when I started the Dream Syndicate 2 years later. I actually do like many of Lou’s records, particularly Street Hassle, Transformer, and Coney Island Baby. (I’m also perversely attracted to the very odd The Bells.) He’s also made some of the worst records ever, which I think is a badge of honor. I’ve always wanted to make a really shitty record (like most of my heroes have done), and it might be the one ambition I have yet to accomplish.

SW: Dennis thought he was making a reference to a Tony Conrad solo album called Outside The Dream Syndicate. None of us had any idea that it was a pre-Velvets band that included John Cale. So, not sly at all. Just a weird accident. We met Tony Conrad on our first tour of the US and he loved the band and gave his blessing.

RTH: DS and others were lumped into some press hook called “The Paisley Underground.” I get that. I hear that. I’m not a fan of these niche labels, but I don’t think they’re going away anytime soon. Were you intentionally going for some kind of hippy-acid-alternative-punk kind of thing? Did you embrace this? Did you reject “the label,” as so many bands do? Or did you not even acknowledge it and just keep-on-keepin’-on? Were there ever any wild “Paisley Underground” parties that involved skinny dipping with Susanna Hoffs?

SW: Ha  ha–there were some VERY wild parties, usually hosted by Green On Red, every Sunday at their Hollywood pad. Sue showed up at a few but it was mostly dudes drinking whiskey and playing Neil Young records. As you would expect. I always loved the other PU bands and enjoyed playing shows with them and hanging out with them but always felt we were different. We were jamming, playing long songs, making ugly noise–it wasn’t always so paisley when it came to the Dream Syndicate.

RTH: Did anyone ever tell you that this: 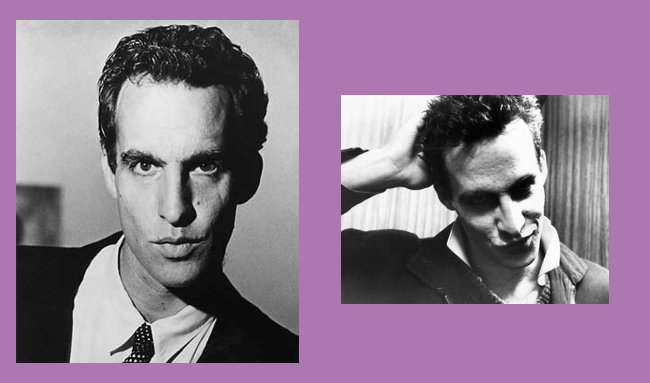 SW: Never. But damned if you don’t have a point.