What do you think is the best CD? Say the “CD era” is defined as being from 1988-2005 (give or take) and that there is something about your favorite that worked with the CD format – the length, perhaps, or the booklet format of the artwork, etc. I don’t have an answer for this yet, but I’m thinking on it.

Why does the term “Dad Rock” bother me so much? Malcolm McClaren is dead, Bill Wyman is his own grandpa. Rap has sustained for over 30 years, rock for over 60. The surviving original rebels have traded whiskey for tea and weed for Metamucil. They can’t play in this young man’s game, even if they invented it. Let’s face it: “Dad Rock” is code for, “you are old, uncool and your music is lame.” You don’t need to have kids to like “Dad Rock,” it just means that you are bland and safe… like a dad.

I think the first time I saw the phrase was in a review for Wilco‘s Sky Blue Sky and it struck me as a way of saying that the quality of the music wasn’t the issue, rather it was a lack of cutting edges that left it milquetoast, nothing that would upset daddy’s delicate old heart. Yesterday I saw the phrase attached to the new Arcade Fire album, and that felt like crossing a line. Sure, they were cool a few years ago, but now they are filling up the seats of Madison Square Garden. With dads. Playing, “City With No Children.”

A quick web search reveals sketchy opinions that “Dad Rock” is either music of the ’60s and ’70s that baby boomers listen to exclusively, or that it is bands such as Coldplay, U2 and Wilco, or even just selected songs. Or maybe it’s a few more notches down the ladder of hipness – Phil Collins, solo Sting, Steely Dan. To an extent, it’s not that different from “Yacht Rock,” but without the cocaine and soft-rock overtones. But these goalposts are moving too easily, and who decides where they go?

Of course, we’d like to think that wisdom comes with age. Those kids will regret those M.I.A. albums, just like I regret, well, I regret…. My best friend in high school was embarrassed by his father’s fanatical fandom of Leonard Cohen. Cohen toured, the whole family went, my friend missed a big party. When asked why our friend wasn’t at the party, and told why, another friend said, “I wish my dad were that cool!” and I experienced a shift in perspective.

If I have any goal at all with this post, it is to ask the simple question: What do you think “Dad Rock” is? Does it actually exist? If it does, what are its defining characteristics? Or is “Dad Rock” simply a bracket that moves through time, a continuous parade of young people having the label applied to them and their favorite bands, when the inevitable grey hairs sprout? Like an animal urinating to claim its turf, does a dad’s appreciation of any music automatically categorize it as “Dad Rock?” Does a dad’s enjoyment of music ruin it for everybody else? It almost seems absurd to ask these questions, but I think they should be asked. 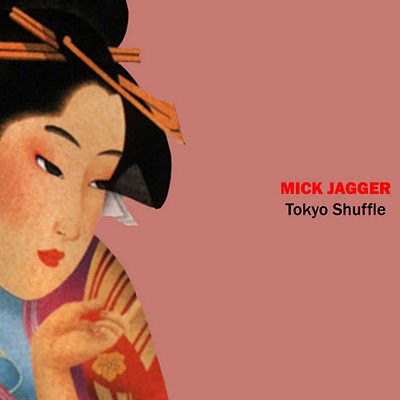 The premise is simple: Sum up any Rolling Stones lyric in Haiku form.

No contest. No judgment. Only pure poetry!

Here is my first: 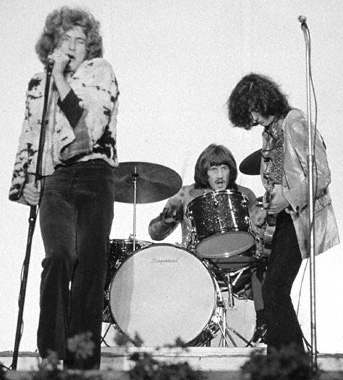 Follow the link for the whole article and some YouTube audio. It’s a terrible recording, but still of interest.

Led Zeppelin, in 1968, back when they were still being called “The New Yardbirds” by some…

Led Zeppelin’s earliest known live recordings have surfaced on YouTube for the first time. The three audio clips, recorded during the band’s maiden voyage to America, are taken from their fifth US show, which took place at Gonzaga University in Spokane, Washington on 30 December, 1968.

They were opening for groups like Iron Butterfly, Vanilla Fudge and Country Joe And The Fish at the time, and Led Zeppelin, their eponymous debut album, was still weeks away from release when they embarked on a rather ambitious 34-show run that took them from Denver, Colorado to North Miami Beach, Florida.

US rock fans were familiar, to some degree, with Jimmy Page from his work with John Mayall And The Bluesbreakers and The Yardbirds, but it’s interesting – and downright quaint even – to hear Robert Plant announce the name of the brand-new band to the barely receptive audience. Read more…

Listening to a Nina Simone compilation yesterday, a strange rendition of a tune caught my attention. I looked up this song, “Everyone’s Gone To The Moon,” and found the the original rendition of the song was more tuneful than Simone’s (though less campy, and thus, entertaining to me). But as I listened, the song began to remind me of something else….

Is it me?Or does this song sound remarkably like…
END_OF_DOCUMENT_TOKEN_TO_BE_REPLACED

As the parent of a newborn child, I’ve been singing a lot of songs to the little bub. During diaper changes, I am fond of “I’ve been workin’ on the railroad,” mostly because it’s long enough to last for the whole process. Except one thing bother me about the song: Nobody works on the railroad “just to pass the time away.” Seems to me that people worked on the railroad for a number of mostly miserable reasons. This reminded me of Fleetwood Mac‘s song, “Dreams”, which hinges on the completely erroneous notion that “thunder only happens when it’s raining.”Another number that comes to mind is Rhett Miller‘s song, “Four Eyed Girl” (terrible video, but all I can find) in which he claims that NYC deli “Katz’s never closes.” But it isn’t open 24 hours, as anybody who has spent a late night in the East Village would’ve seen it shuttered, shattering dreams of midnight pastrami (uh…).Here are The Posies with a cover of The Hollies’ tune, “King Midas In Reverse”:“He’s King Midas with a curse, he’s King Midas in reverse.”

The idea of King Midas was that he thought it would be sweet if everything he touched to gold. “So Midas, king of Lydia, swelled at first with pride when he found he could transform everything he touched to gold: but when he beheld his food grow rigid and his drink harden into golden ice then he understood that this gift was a bane and in his loathing for gold cursed his prayer.” In this song, everything he touches “turns to dust,” the implication being that having your foot and drink turn to dust is worse than having them turn into gold. (Okay, I know it’s more metaphorical than that, but you probably get my point.)

What other tunes can you think of that contain factual or conceptual errors?