Your good friend and my husband, the notorious EPG, has been talking an awful lot of nonsense up here about Led Zeppelin, and giving you a really hard time. I’m writing to let you know that it’s been quite insufferable to listen to him while quarantined. Given our shared appreciation for Zeppelin, I thought I should make you aware of Mr. Gergely’s true opinions regarding Zep’s merits as a band. So, here’s a peek behind the velvet rope.

We all know how Pluribus likes to talk, run the show, and generally cause trouble. All that’s entertaining, but it can also be absolutely infuriating. During the past week, while he was going on and on about Zeppelin not “delivering the goods,” I peppered him with titles to (re)consider. As I barked out song after song, his responses were more often than not “oh, that’s a good one” or “ yeah, I like that one too.” Since, according to EPG, most ’60s American albums contained 11-12 tracks, he decided to see if he could come up with a list of his favorite 11 song titles. You should know that although he never thought he’d be able to gather the proposed list of 11, he struggled to limit his selections. He had a considerable number of contenders that were difficult to discard. Below are the Led Zeppelin songs that E. Pluribus Gergely admitted to loving without reservations.

You may recall a piece E. Pluribus Gergely recently published in which he dismissed the first two Stooges albums and only showed mild appreciation for the more conventional Raw Power. I still can’t decide which opinion is more shameful. Speaking of shame, it’s a shame that main thrust of his essay overshadowed some sweet memories of a kind-hearted record store clerk who turned him onto The Rolling Stones‘ 12 X 5 album and, in turn, the music of African American forebearers of the Stones’ particular brand of urgent R&B.

In his piece on The Stooges, EPG also managed to take a shot at Led Zeppelin. Being from his generation and the same strata of proto-cool (ie, incredibly nerdy) high school kids, I got where he was coming from. However, times have changed. We’ve grown. Most of us, that is.

My buddies, The Falcons, caught wind of E.’s continued dismissal of Led Zeppelin, and we want to know what his beef is with them? First, let’s examine his dismissal of a fellow English, authentic blues and R&B-loving band, quote: 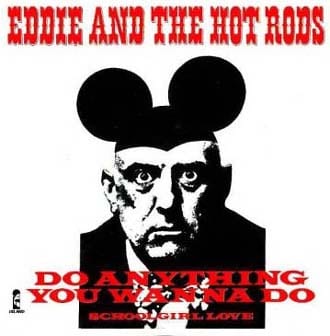 It’s not often we get a message through The Back Office from someone who may not even be registered as a Rock Town Hall participant suggesting a thread idea, but recently we received such a suggestion from such a lurker! I won’t give this person’s name, but I encourage him to register and claim credit for this cool story. Dig:

END_OF_DOCUMENT_TOKEN_TO_BE_REPLACED

How did I miss this Ann and Nancy Wilson tribute to Led Zeppelin at the band’s Presidential Medal of Honor ceremony, or whatever that thing is called?

Oh, I remember now: I didn’t think it was right that our United States President was taking time out of his work on behalf of our nation (not to mention, I presume, our taxpayer dollars) to honor an English band that made a living off, in part, ripping off the works of American blues musicians. I love Led Zeppelin and don’t actually care too much about any of that stuff, but I honestly felt myself thinking that that honor should only be reserved for American artists. I’m not usually prone to such thoughts!

Anyhow, how did I miss this? It’s spectacular on so many Rock Town Hall levels. The performance features—SPOILER ALERT—amazing shots of audience members pondering the significance of what they’re watching, meaningful looks, the First Couple, video footage of a dove, a horn section, not one but TWO robed choirs, David Letterman as a member of Led Zeppelin, and Lenny Kravitz, not to mention BOTH Wilson sisters!

I need to watch this about 10 more times to study the reflective, pondering faces on the surviving members of Led Zeppelin and other dignitaries in attendance. Perhaps you will choose to watch along with me and report on what you can read.

It’s a simple question: Is there a better, more iconic rock scream than Roger Daltrey‘s wail in “Won’t Get Fooled Again”?

It could be a wordless scream, or just one word like Daltrey’s “yeah!” Maybe it’s a whole line or verse or song belted out with rage or destroyed vocal cords. Perhaps something less old school, like Trent Reznor in “Head Like a Hole” or Billy Corgan‘s rat in a “caaaaaage” in “Bullet with Butterfly Wings”.

Does Robert Plant have anything to bring to the challenge here? To start things off, I submit the “Immigrant Song” wailing as a top contender to the throne.
Please offer up your best candidates! 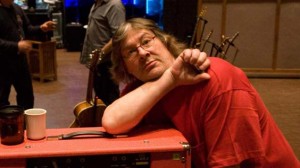 The “money shot,” that big payoff moment… In the first installment of our Money Shot series we examined rock’s most influential vocal money shot moments. While we await the return of Townsman tonyola before exploring mellotron money shot moments, let’s turn our attention to the bass guitar.

Putting aside outright bass solos (sorry, John Entwistle on “My Generation”), what brief, shining moments in a song are brought to new heights by something as simple as a bass lick. I will suggest John Paul Jones‘ measure-long bass fill following the first chorus in “Good Times Bad Times,” heard at the 54-second mark of the following clip.Imagine how many kids bought a bass guitar in hopes of learning that lick. Now what’s your bass guitar money shot?