I’m fascinated by weirdo albums by major artists, records that may not necessarily be great but are in their own weird way more interesting that a lot of the artists’ “better” work because they strive for something unique, show an extreme version of the artist and/or show them in a good-spirited I-don’t-give-a-crap mode. These records were generally hated by both critics and the public but look a whole lot better in retrospect than they did upon release.

Anyone wish to nominate a few more and comment on them?

Cleveland’s Classic Rock station polled its listeners to choose the 10 top rock vocalists, and I was shocked by the results. It’s not like I was expecting a list I would like from fans of this type of radio station, but nonetheless, I was amazed that Mick Jagger, Paul McCartney, John Lennon, and Janis Joplin didn’t make the list at all, and I never in a million years would have guessed #1. (When they got to #2 yesterday, and the above-mentioned four were not on the list, I assumed that Jagger would easily be #1. A coworker and I were discussing who had not shown up yet, and Freddie Mercury never once crossed either of our minds.) 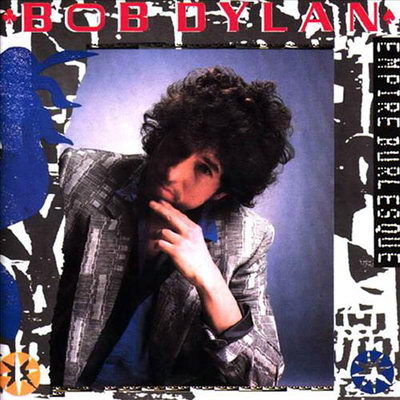 Songs from this album are not eligible for nomination.

Keeping that in mind, I’m asking people to post their choices for worst song by each of five key ’60s/’70s artists. The only caveat is that the songs should be from the prime parts of their career (ie, nothing from Empire Burlesque from Dylan, no ’90s Stones songs, no solo McCartney, and no live or otherwise alternate versions of songs.) I’m more interested in the “why” than I am which song people choose, so please back up your choices!

I’ll be polite with my quotes here, but in my never-ending research into the history of rock and roll, I’m trying to make sense of the history of profanity in lyrics (as opposed to spoken profanity on rock records—stuff like The MC5‘s “Kick Out The Jams,” the Suzy Creamcheese obscenities on Uncle Meat, offhand stuff in the background like Lennon shouting “f*****g hell” in “Hey Jude,” The Last Poets, etc).

For the moment, leaving out rather obscure or underground acts like The Fugs, Pearls Before Swine, Joy Unlimited (whose 1970 song “Rankness” is probably the most extreme song anyone would do until Marianne Faithfull’s “Why’d Ya Do It”), and so on, I think the earliest use I can find would be The Jefferson Airplane with “bulls**t” on Crown of Creation and two uses of the f-word on Volunteers (the lyric sheets censored all of them, making “fred” one of my favorite euphemisms). Al Stewart made a lot of waves in 1969 with the f-word on Love Chronicles, and I just wish I was old enough to have seen the world’s response to Lennon’s profanities on Plastic Ono Band (or did the earlier Two Virgins cover create a jaded public whom Lennon could no longer shock?).

Anyway, I have a couple of tacks I’d love to see people comment on.

1) Very major acts. All of the very most significant ’60s-into-’70s artists let loose with some at some point. The Stones first, on “Rocks Off” (1972), The Who on “Young Man Blues” on Live at Leeds (1970), Dylan on “Hurricane,” Lennon as mentioned above, Pink Floyd on Animals, etc… Oddly enough, Led Zeppelin and Black Sabbath are, as far as I can tell, wholly obscenity-free, lyrically. Most relatively major artists I can think of have at least something during their ’70s output. Can anyone think of any who were 100% clean throughout?

3) Radio edits and non-edits. Starting in the ’90s, obscene lyrics were in tons of popular songs, blipped or wiped completely. But there were a few key ones in the ’70s: Lou Reed’s “Walk On The Wild Side” and Jefferson Starship’s “Miracles” come to mind, where the radio verion was blipped. More interestingly, there are some where to this day classic rock still plays the uncut versions: Pink Floyd’s “Money,” The Who’s “Who Are You,” etc… I remember as a kid being shocked to note that not only did Dylan’s “Hurricane” have swears in it, but that the 45 left them in on both the A- and B-side of the split single. Anyone want to add to either of these lists?

Would you believe that my interest in this topic was recently rekindled by my first listen to Gordon Lightfoot‘s 1974 Sundown album, on which he says s**t on two different songs?