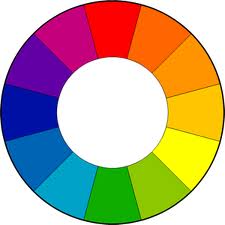 As an offshoot to the whole MBV thing, and the relationship between (bear with me) masterpiece and follow-up, I got to thinking of analogous album pairs.

I’m curious to know of such pairings with essential albums, and their follow-up or predecessor (as in the case of Sticky Fingers:Exile on Main Street). Are there pairs of albums, released in consecutive order, where one is the “acknowledged masterpiece” and the other is just as good, if not better, and you always listen to that one more often anyway.

Does this make sense? Give me a red, and an orange-red. I’ll give another example. OK Computer (yes, watershed, that is known and accepted,and I love it) to Kid A (not as critically lauded, but damn, that’s the one for me!). 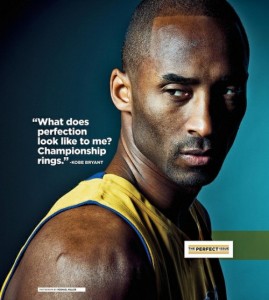 Still hate the face, but now find myself rooting for Kobe, especially when he’s up against youngblood pretenders, like LeBron.

During the Super Bowl power outage Townsman Chickenfrank and I touched on the fantastic comeback season enjoyed by Peyton Manning. Over the years we both came around on that guy. For years we rooted against the Manning Dynasty hype, Peyton’s old-school Look, and his animated audibles at the line of scrimmage. Finally, we were worn down by his greatness. Chicken cited Kobe Bryant as another example of an athlete whose greatness over time outweighed our initial, highly negative perceptions in the face of all statistical evidence to the contrary.

Is there a rock artist whose greatness wore you down? 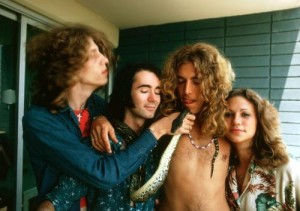 Only Led Zeppelin’s musical greatness could eventually wear down my resistance to all a shot like this suggests.

Led Zeppelin was a Peyton Manning or Kobe Bryant for me. There came a point when the power of their records moved me past the hype, past the idiots who’d glorified them since my high school days, past the dumb lyrics… I was worn down by greatness.

I’m not posting this to start a “thread” or to invite discussion or argument. I know you’ll all agree with me on this one. I suppose if you want to list the reasons why this is the greatest album cover ever, that would be okay. 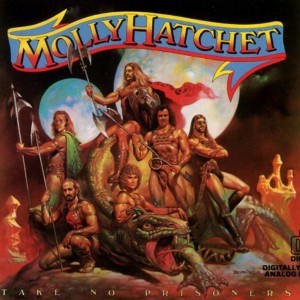 (To witness this cover in its full-sized glory, click here.)

What major rock acts, with 8 or more studio releases, have a “winning percentage” over .500 through the course of their career? In other words how many acts with 8 or more studio releases had more great–good albums than stinkers in their career? Only studio albums will be computed: no comps, no hits or outtakes collections, no live albums, etc. All eligible studio records released under the band’s name count, even those stinkers that may have been released following the departure/death of key members.

I would have to guess that the Beatles would probably be a rare act that hit close to 1.000 (ie, 100% great–good albums). 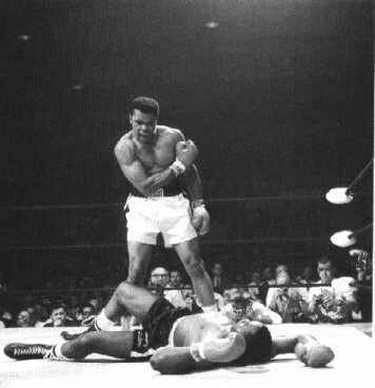 Clearly The Greatest, but "The Best?"

(This was drafted before Mr. Mod’s recent Scarface thread. I didn’t send it since I was concerned that it might be less than well defined. I doubt it could be as misinterpreted as Scarface, but who knows. An RTHer grasp should exceed his reach…)

I was thinking about and discussing with Townsman geo the topic of 1966 & prior Dylan and post-1966 Dylan. Now, there are varying opinions of how great post-1966 Dylan is (and that will be the gist of a future thread), but I think it’s generally agreed that 1966 & prior Dylan is clearly the Best Dylan. Or if someone wants to disagree about “clearly the best” than perhaps we should say the “consensus best.”

The Beatles are often broken down into Revolver & prior and Sgt. Pepper & after, but is there a consensus on which era is greater? Others?

Let’s narrow things down a little though. An artist’s non– “consensus best” period has to still be noteworthy (so if you want to opine on Brian Jones Stones vs. Mick Taylor Stones, that’s fine but not pre- and post- Tattoo You). And death can’t be a demarcation (eg, pre- and post- death of Jimi Hendrix).