This Is the Modern World or The Gift?

Listening to The Jam‘s great Setting Sons, which may be my fave by them. But it never really got the spotlight it deserved, did it — due to being sandwiched between their two legendary LPs, Sound Affects and All Mod Cons.

Sure, there were some hits on this, like “Eton Rifles,” and I could do without their version of “Heat Wave,” but whenever The Jam comes up no one ever seems to talk about this album. Why oh why?

Are there any other bands who have a “lost” album — one that seems softer and more vanilla in between the crunchier bookends? Maybe I should listen to Give ’em Enough Rope again???

END_OF_DOCUMENT_TOKEN_TO_BE_REPLACED 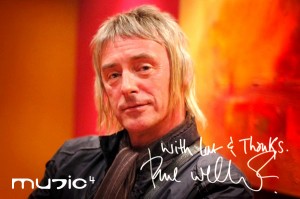 One of the biggest disappointments in my CD-buying life was listening to Wild Wood by Paul Weller. I mean, I was a HUGE Jam fan as a lad. So much so, that I didn’t dare follow him into the Style Council days (like another member who will go unnamed, HVB) so as not to sully my memories of his mod/pop brilliance. So imagine my excitement when I read a few years back all the incredible raves about his third life as a true solo artist. I mean, man the reviews were incredible! Like finally, wow, the guy came to his senses and started to settle down into some mature songwriting.

Am I alone here? 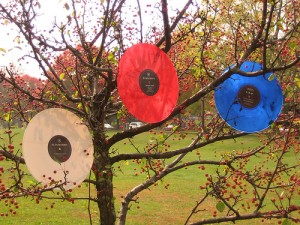 I’ve been noticing songs played in places more than usual for some reason, and in particular the songs that jump out and make me think, “Who programmed this? And why did they do it? Is this some kind of joke?” It’s not so much that I hear songs that I haven’t heard in a long time, or just seldom hear, but it’s songs that seem to fit into the overall scheme of what’s happening, but just seem a little obscure to be anything but a nod to a possible Music Nerd in the audience.

For a case in point, I’m in Columbia, South Carolina the other day at IHOP, and all of a sudden The English Beat’s “Mirror in the Bathroom” is on. I’m thinking, “Wow – this is pretty cool. One of those Songs in the Wild Sightings I’ve been noticing, but then they play “Rock Lobster” and a whole slew of quirky early ’80s songs and I know this is a theme, and not an actual rare sighting. The real rare sightings are the ones that probably fade into nothing unless a Music Nerd is there to see it, like the first song that had me thinking about this a few weeks ago.

We were at Tuesday Morning (some store that sells overstocks and buyouts, I think) and all they play are the country hits of the day, but after a little bit I hear Neil Young’s “Cripple Creek Ferry” and I know this is a true sighting, because it’s so short that it’s almost subliminal in that the only reason the programmer tossed it in was in the hopes that someone, somewhere, might know that this guy is just doing his job and he hates that crap as much as any reasonable Music nerd would. That piqued my interest, and I mush admit I have been paying more attention in stores and restaurants lately (I think my wife thinks I’m ignoring her, but I’m actually working here!). I was in a place call Charming Charlie’s (if you’re male, never go there – it’s awful) and they play horrid dance music really loud. But all of a sudden, blasting out loudly, comes the worst Jam song ever. Yeah, they actually played “Beat Surrender.”  They went straight back to pop tartlets and pretty adolescent boys after that, and I had to admit, for a minute, my least liked Jam song actually didn’t sound so bad!

I really don’t see or hear this stuff often, and what reminded me I wanted to write about it here was a few days ago when I was getting gas and the gas station was playing NRBQ’s “Ridin’ in My Car.” I thought it was like when I heard “Mirror in the Bathroom,” but this was a true sighting. The next songs had nothing to do with cars and were the usual prattlings of Taylor Swift and Toby Keith. I felt really fortunate to hear that little NRBQ song. It’s usually a fake out, and part of a theme, but catching a true Song in the Wild is pretty rewarding. Bird watchers may be on to something. What sightings have you had lately?

The following performance is courtesy of Townsman dbuskirk.