My list starts with David Thomas of Pere Ubu. Anti-global health activist Van Morrison and Ray Davies would also give me pause, as much as I love their music.

To be honest, David looks like he’s in a great mood on this day.

One of Will Rogers best quotes is as follows: “Good judgment comes from experience, and a lot of that comes from bad experience.”

Thankfully I learned that lesson at a very young age. Or did I?

Theme Time Radio was a SiriusXM show that Bob Dylan had for 100 episodes, from May 2006 through April 2009. Themes ranged all over the place – mothers to weather to baseball and a whole lot more. Another episode coming later this month was recently announced with the theme of Whiskey. (We will see if Dylan, the reluctant marketer, mentions his line of Heaven’s Door whiskeys.)

I don’t know if it’s too late to influence the song selections but who better than Rock Town Hall to help in the endeavor. I don’t know what restrictions Bob will put on the theme but let’s stick to hard liquor, no beer or wine served here, and it has to be in the title. 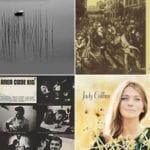 I know you’ve heard me say this before, but this may be the shortest Last Man Standing competition in the history of Rock Town Hall. I thought of this the other day, when Dexy’s Midnight Runners’ “Come On Eileen” came up on a playlist I made entitled 1980s Hits That Didn’t Completely Suck.*

At one point in “Come On Eileen,” the tempo purposely slows down, then picks up again and gets real fast. I thought of one other song that is arranged to purposely slow down, then pick up again – even getting faster – but no other examples came to mind. I’m NOT talking about changes in time signature or accidental/incidental changes in a song’s tempo, but the deliberately, blatantly slowed down or rushed speed at which a song moves along.

I could have thought more about this during my perfect day at the beach, but my company was too good and then on the ride home I played a much better playlist, one attempting to re-create the magic of jukebox at a community pool I used to go to when I was about 12 years old. And I should note, while typing up this post, I thought of a third song that uses this device, so don’t complain to me that there’s only one answer left. Help a brother out, won’t you?

*NOTE: When the playlist ended, at almost precisely the time the drive my wife and I made to the beach ended, my wife said, “What was that mix? I liked a couple of songs, but it sucked!”

Can you imagine The Rolling Stones leaving “19th Nervous Breakdown” off any one of their numerous classic greatest hits albums? How about Chicago bypassing “Feelin’ Stronger Every Day” or Lynyrd Skynyrd putting out a greatest hits collection minus “That Smell”?

OK, these aren’t the first songs we tend to think of when we think of each band’s greatest hits, these are no longer in regular rotation on the increasingly narrowing playlists of Classic Rock and Oldies stations, but for those who grew up with these artists, they were cool songs, second-line radio staples that the artists’ record labels had the good sense to include on each band’s standard-issue greatest hits album. I was never a big fan of two of the three bands I listed, so I was happy to have these less-popular radio hits included on a hits collection to save me having to buy a full album by Chicago and Lynyrd Skynyrd just so I could have each of those songs handy.

When Tom Petty‘s first greatest hits collection came out on CD in the early ’90s (?), I played it a few times through, thinking I’d somehow skipped “Shadow of a Doubt,” a second-line hit from early in his career that I enjoyed hearing more than “Breakdown” (for the 8 billionth time in the first couple years of its release). No dice! “Shadow of a Doubt” was not considered one of Petty’s greatest hits.

Similarly, when I was a yon’ teen and brought home my copy of David Bowie‘s Changesone greatest hits collection, I was disappointed to find that one of the Bowie songs that most psyched me up when it came on the radio wasn’t included: “Panic in Detroit.” Why? That was in semi-regular rotation in its time, but it was cast aside by the greatest hits compiler. I didn’t want to buy whatever full Bowie album that song appears on, because I typically found his full albums to be a waste of time. I’m hoping that our resident expert on greatest hits collections, Townsman Andyr, can help us gain insight into the selection process.

Meanwhile, what relative radio staple have you been disappointed to learn was left off a greatest hits album? (Eventually inclusion on a boxed set, by the way, does not count.) Did you eventually break down and buy the original album on which that song appears? I’ve not yet bought a copy of Aladdin Sane.