As I browse through the listings on dimeadozen, I often chuckle at the names of heavy metal bands. “This can’t be real?!?!”

Here is a simple quiz. There are 12 band names. Some are real, that is, they are taken from dimeadozen listings, which are in the Heavy Metal category; others are names I made up. Your challenge is to identify which are real and which are the result of me having too much time on my hands. No cheating, no researching; all you can do is look at the list.

I would think most of you will have some thoughts on this matter, or at least give credence to the notion that heavy metal ran out of gas at some point. I stumbled across this entire Black Sabbath concert from 1970. I find it especially interesting in how simple and direct the band’s performance is. They’re just, like, dudes…with good equipment.

As interesting as this concert is, I propose that the gauge on heavy metal first neared “E” sometime during this gig. 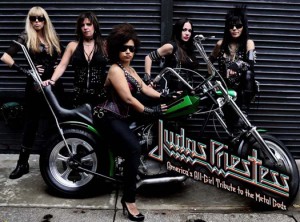 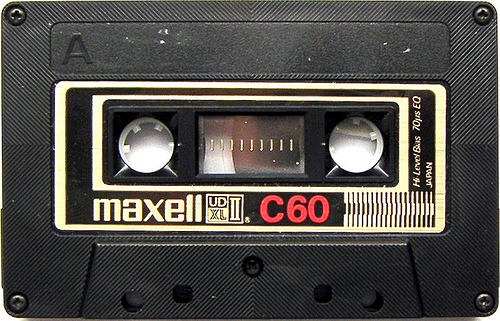 This could be your first demo tape!

A premature premonition of Ronnie James Dio’s impending death, circa 1984, so rocked a Townsman and his old college buddy that they quickly picked up pen, axe, and other tools of the recording arts and bashed out the following number.

“On Horses We Ride”

Our colleague, who wishes to remain anonymous, hopes that along with providing solace for fans of Dio that this ancient recording will inspire participants in Rock Town Hall’s Talent(less) Search: My First Demo, coming soon!

Ef3LA3gN_b0]
I know next to squat about the recently deceased Ronnie James Dio. I know he replaced Ozzy Osbourne in Black Sabbath, and I think I know he was really short. And I know he led a band called Dio. He seemed like a totally reasonable, level-headed guy in this recently conducted interview. I’m only slightly surprised, after learning in recent years that heavy metal icons can be regular blokes too.

It’s hard enough for any rocker to age. Rockers in some genres can turn to folkier, bluesier singer-songwriter material to grow dignified and old, but what’s an aging icon of metal to do? Robert Plant, not quite a heavy metal singer, but close enough for discussion, has classed up his act into his 60s by effectively going roots-rock. Has any other metal musician found a way to make music and present himself in a way more appropriate to his age? Is Ritchie Blackmore and his medieval lute-rock the next best attempt? Has Metallica effectively prepared for old age by crafting their middle-aged PowerPoint Rock Strategy?

July 17 — London, England — Longtime Broadway musical composer Sir Andrew Lloyd Weber admitted today that he was the “mastermind” behind numerous faux-metal hits purportedly written by melody-speed metal band Dragonforce. In interviews conducted at Weber’s Chelsea residence, the composer of numerous hit musicals confessed: “Maybe it’s the brandy talking, or maybe I’m just missing Elton like crazy, but… for goodness sake — couldn’t the music-listening world spot a late-20th-century ‘Lion King’ melody when they hear one? I mean, seriously… just listen to that song ‘Through the Fire and the Flames.’ It’s like ‘Cats’ or something.”

Weber went on to point out that though he had hired “pretty boys” to play the astonishingly fast guitar solos that undergird the band’s repertoire, “I want the whole world to know, those two really can play that fast. I truly think today’s youth could learn a thing or two about discipline, determination, and — yes — athleticism from those two youngsters.”

Perhaps the evening’s most telling moment unfolded when a representative of online music blog Rock Town Hall asked Weber why he had bothered writing music for the speed-metal band. After spilling his brandy alexander, Weber confessed that he “relished a challenge,” and added that he wanted to “do his part to finally and fully break down the conceptual walls between what is considered musical theatre and what is considered ‘heavy metal,'” adding, “I mean, really: that fine line between Judas Priest and ‘Les Miserables’ was just begging to be smudged, wasn’t it?” He then mumbled something that couldn’t be deciphered about the tastes of 15-year-old boys and the Broadway musical genre, and fell abruptly under the table.

Approximately 5 minutes later, the songwriter excused himself, saying he was overdue for a foot massage, and directed all follow-up questions to his personal chef, Jacques. Jacques immediately left the room, and the briefing was brought to a close.

Have you ever seen the VH1 Classic show That Metal Show? Every once in a while I’m flipping channels and, although I have almost zero interest in heavy metal music, I stop flipping when this show is on and watch for about 15 minutes. It’s really well done, and I’m envious that Rock Town Hall doesn’t have its own VH1 Classic show on which we could do our thing, discuss our music, with a live audience composed of our Townspeople.

For as little as I know and care about metal, I know even less about the hosts, some guy named Eddie Trunk and his two middle-aged buddies. I know not a thing about these dudes, in fact, but I care about them. They’re funny enough. They’re nerdy, knowledgeable, and opinionated about the music they love. They love the music they love for many of the same reasons, from solid to ridiculous, that we love the music we love. Unlike other, rare rock discussion shows I’ve seen on tv or heard on the radio over the years (eg, that radio show out of Chicago), That Metal Show doesn’t seem to be loaded with stock, publicist-inspired crit-ass kissing. This show seems more natural and sincere.

If you’ve never seen this show, I suggest you check it out. If you have seen it, what do you think?